Has Bihar's Bahubali leader Mohammad Shahabuddin died? Know the truth after getting corona infected in Tihar 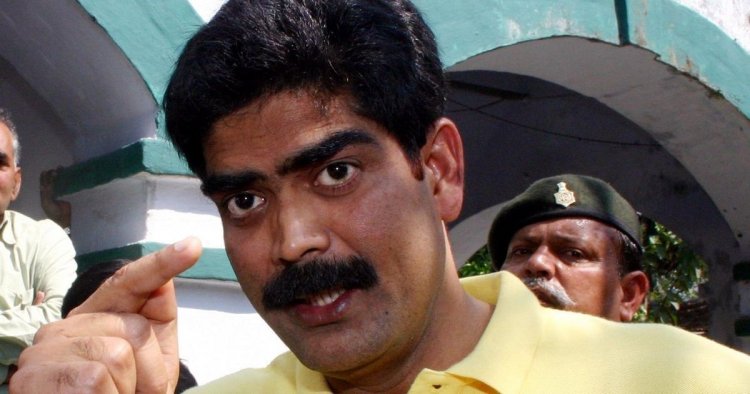 The news of the death of former Bihar MP and Siwan's Bahubali leader Mohammed Shahabuddin caught on the media platform after the news agency ANI confirmed it by tweeting. However, according to PTI, now the jail administration has also told this news to be true and the death of Shahabuddin has been confirmed by the Tihar Jail DG.

There was a lot of speculation about Shahabuddin's death. There was doubt about its confirmation since morning. Earlier, the news agency ANI confirmed this. RJD's media in-charge and Jap leader Pappu Yadav also tweeted tweeting this news as correct, after which this news spread like fire on social media. But soon all the tweets were deleted and the news agency ANI also deleted the tweet and wrote that the tweet was done on confirmation by the family and RJD spokesperson, but the Tihar jail administration has not confirmed it. But now RJD leader Tejashwi Yadav has also paid tribute to him by spreading.

Significantly, Shahabuddin was imprisoned in Delhi's Tihar Jail. Coronavirus wreaked havoc in this prison as well. According to the information, about 90 inmates and staff in the jail have become corona positive so far. Among these prisoners, former MP of Siwan and Bahubali Shahabuddin was also hit by Corona, after which he was admitted to a hospital.

CORRECTION | Tweet deleted as awaiting official confirmation. Conflicting information was provided to us from family members and RJD spokesperson confirming his passing away. Error regretted. pic.twitter.com/WMcnUD2Oou

Shahabuddin was serving sentence in Delhi's Tihar Jail. On 21 April, he was infected in Corona in Tihar. For the past two days, his health had deteriorated drastically. After Bahubali Mohammad Shahabuddin's corona report came positive, he was hurriedly admitted to Deen Dayal Upadhyay Hospital in Delhi. Talking on a private news channel, RJD spokesperson Mrityunjay Tiwari has also mourned his death today and said that the entire RJD family is hurt by his death today. We were confident that he would get justice soon but God accepted something else.