The Yamaha YZF-R15 V3 looks strikingly good and has been inspired by the bigger litre-class Yamaha Bikes like the R1. 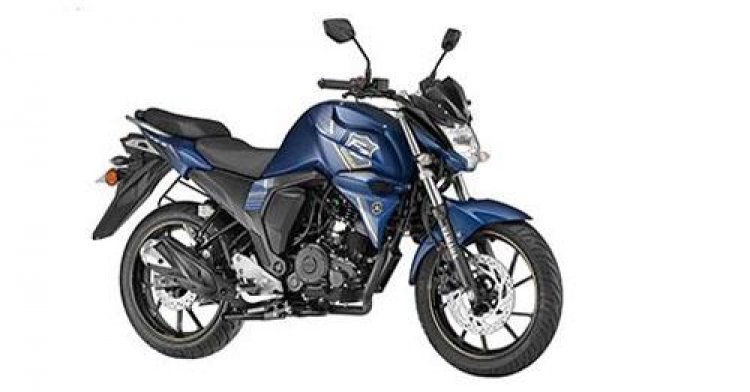 When we rode the Yamaha R15 V3 for the first time at the racetrack in Chennai, we found it to be a hugely capable motorcycle; in fact, it felt better than the bike it replaced. In 2018, Yamaha launched the motorcycle after a long wait, so we took it to the streets, around corners and on the highway to see how it fares.

The Yamaha YZF-R15 V3 looks strikingly good and has been inspired by the bigger litre-class Yamaha Bikes like the R1. This is one of those Yamaha Bikes that draws a lot of attention, so you're left feeling good about owning one. The styling of the Yamaha YZF-R15 V3 is sharp; the bike doesn't look awkward from any angles and the twin LED headlamps throw sufficient light ahead. The fairing of the Yamaha YZF-R15 V3 is well designed in order to keep the belly pan away from getting drenched in dirt. Practicality-wise, the bike could've offered a bit more. The rear seat is set too high, making it uncomfortable for the pillion. But we'd say the motorcycle looks far better without a pillion as the see-through tail section looks great. Up-front, the V3 gets a beautifully sculpted nose along with 'gills' in the tank, the bubble visor and the hollow handlebars. Some of the plastics don't seem up to the mark and some welds can be seen prominently on the subframe. The stitching on the seat doesn't seem great either and the locking mechanism for the removable rider's seat doesn't feel solid. Quality levels are acceptably good, but it is not what we've seen on some other Yamaha products.

The motorcycle is powered by a 155cc, liquid-cooled, SOHC, four-valve engine featuring a new intake and exhaust system and Variable Valve Actuation. This enhances the engine's low-end tractability and that top-end surge from the older R15s has been retained. The bike features a slip-and-assist clutch that functions well, making downshifting a quick affair via the 6-speed transmission. The blend of a punchy engine and a slick gearbox, along with its light kerb weight, makes this a very quick motorcycle. The engine produces 19bhp and this is easily the quickest accelerating bike in its segment. You can reach top speed of 140kph and you keep it at a speed of 110kph without feeling you're putting too much pressure on the engine. The engine is free-revving, and while performance is good, refinement seems to have taken a hit with a slight buzz creeping into the seat and the handlebars, particularly when pushed to the redline.

Saddle up and shoot

The riding posture is quite committed with those lower-set clip-ons and a higher seat. All of this takes a toll on some of your muscles, but the plus side is that it gives you a great sense of control, and then of course, there's the fact that it looks like it wants to race. There's more to this bike than meets the eye; the aggressive steering rake angle sharpens the bike's dynamics. The bike always feels alert and spontaneous and it darts in and out of bends with aplomb whilst making you feel comfortable. For someone getting their first motorcycle, this is a great bike and it gets brilliant tyres including a Metzeler Sportec M5 tyre at the back. At the front, it gets a 282mm disc up-front and a 220mm disc at the back, both of which offer good braking performance, but sadly, the bike hasn't been equipped with ABS. Despite this bike being more about performance, the ride quality is not bad with the insignificant bumps being soaked in with ease. However, the non-adjustable rear shock does feel a bit too firm but that's because the travel at the back has been brought down.

The R15 V3 is a great overall package, be it performance, styling, handling dynamics or fuel efficiency; this bike has it all covered. There are of course some quality issues and the absence of ABS will turn away buyers who are sticklers for safety. But otherwise, it's hard to nitpick with this machine. Also, having been priced well under 2 lakh rupees, it's a great value-for-money package.

Kaushiki Sarkar - The one who fought back darkness

The stock market opened, the Sensex broke over 1300 points,...