Rupee rolled once again against dollar, know what will be its effect on you

On Friday, the rupee declined by 20 paise to close at 79.84 (provisional) against the US dollar. The rupee has depreciated due to the strengthening of the dollar in foreign markets. 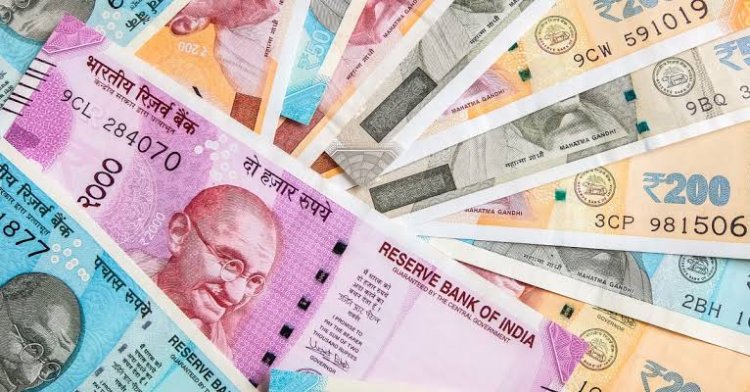 The rupee on Friday declined by 20 paise to close at 79.84 (provisional) against the US dollar in the interbank foreign exchange market.  The rupee has depreciated due to the strengthening of the dollar in the foreign markets.  The rupee opened at 79.75 in the interbank foreign exchange market.  During trading, the rupee finally closed at 79.84 per dollar, showing a fall of 20 paise against its previous closing price after fluctuating in the range of 79.73 to 79.84.

Due to this, the rupee had closed at 79.64 per dollar in the previous trading session.  Traders said that the US dollar index saw a rise after the details of the Federal Open Market Committee (FOMC) meeting came out.

Meanwhile, the dollar index, which measures the strength of the dollar against the world's six major currencies, has risen 0.18 per cent to 107.67.  International oil benchmark Brent crude fell 1.02 per cent to $95.60 per barrel.  Apart from this, the 30-share Sensex of BSE closed at 59,646.15 points with a loss of 651.85 points.  According to stock market data, Foreign Institutional Investors (FIIs) were net sellers in the capital market.  He sold shares worth a net Rs 1,706 crore on Thursday.

What will be the effect on you?

The weakening of the rupee will reduce the impact of any shortfall in the commodity imported from the international market.  In such a situation, it will take more time to get the benefit of the fall in crude oil because the depreciation of rupee in the midst of fall in prices will increase the import bill and this will continue to burden the exchequer.  A good situation for India will be when the commodity prices fall in the international market, while the rupee also remains strong.  If this does not happen, then India will not get the full benefit of reduction in commodity prices.

The biggest impact of the rupee depreciation will be on imported goods or goods in which imported components are used.  The most demanded item in this category is mobile phone.  Pankaj Mohindru, president of India Cellular and Electronics Association (ICEA), said a one per cent depreciation in the rupee impacts the mobile phone supply chain by 0.6 per cent and is due to imported components.  A fall of five per cent impacts the overall profit by three per cent.  In this case the prices will increase.

Coronavirus: There is a risk of mental diseases for two years in Covid infected,...

Indian exports will continue to rise, will benefit from...

Home buyers told the demolition of the twin tower was a...