Mithali Raj, the captain of the Indian women's cricket team, has become the first female Indian cricketer to score 10,000 international runs. Mithali did this feat during the one-day cricket series against South Africa. 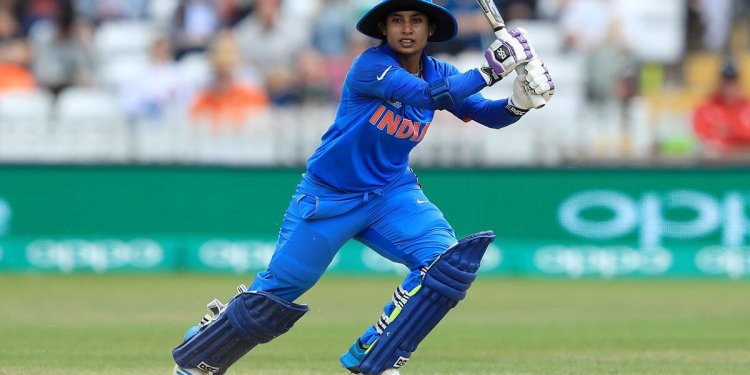 38-year-old Mithali Raj is the second female player in the world to do this feat. Before him, England's Charlotte Edwards had achieved this feat.Mithali Raj has scored 663 runs in 10 Tests for India at an average of 51. While in the T20 International, Mithali has scored 2364 runs in 89 matches. His average in this was 37.52.

Mithali has done the best in a one-day international.So far Mithali has scored 6974 runs in 212 ODIs. In one-day matches, Mithali has also scored seven centuries and 54 half-centuries.Mithali Raj, the biggest name in Indian women's cricket, has many cricket records. In 2006, when the Indian team landed for the first time to play international T20, the team was in the hands of Mithali.

Mithali is the first such captain of India, who represented his team in the final of the two ODI World Cups. Apart from this, Mithali is the highest run-scorer in ODI international cricket.
Mithali Raj is also the player to score 50 or more runs in ODIs.

Mithali Raj was born on December 3, 1982 in a Tamil family in Jodhpur, Rajasthan. But Mithali grew up in Hyderabad. His first love was dance, but for the sake of cricket he had to give up his first love.His father has been an officer of the Indian Air Force. He received the initial coaching set of cricket from Johns High School Hyderabad. Mithali started taking cricket seriously from the age of 10 and at the age of 17 she joined the Indian cricket team.Mithali Raj played her first international match against Ireland in June 1999. Mithali scored 114 runs in her first ODI and India won the match by 161 runs.

In this match, India scored 258 runs without losing any wicket. Apart from Mithali, Reshma Gandhi played an innings of 104 runs. In response, Ireland's team was able to score 97 runs for nine wickets in 50 overs.In 2002, he started his Test career against England. But she was out in this test match without opening an account.

There were many ups and downs in his career. There were some disputes also. These include relinquishing the captaincy of T20.But in the midst of all this, runs kept coming out of his bat. In his third Test, he set a new record for the best individual score. He scored an innings of 214 runs, which is still his best score.