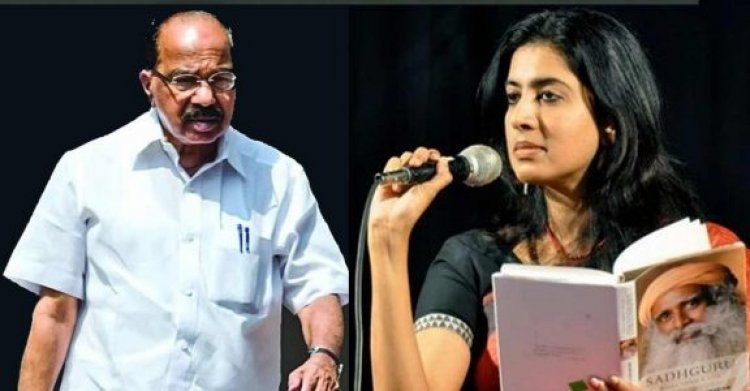 The Sahitya Akademi has announced the Sahitya Akademi Awards for the year 2020 on Friday. On behalf of the academy, it has been announced to award compositions in 20 Indian languages. Which has been selected for the award of Diganta: Theri Gatha: 2014 in the Anamika poetry collection basket in the Hindi language category. At the same time, Kannada epic Shri Bahubali Ahimsadigvijayam of Congress leader and former Karnataka Chief Minister M Veerappa Moily has also been selected for the award.

According to Sahitya Akademi secretary K Srinivasa Rao, the academy has announced the Sahitya Akademi Awards of the year 2020 for 20 languages. It has seven poems, four novels, five story collections, two plays, one memoir and one epic selected for the awards. In which Arundhati Subrahmanyam's poetry collection 'When God is a Traveler' in English and Hussain-ul-Haq's novel 'Amavas Mein Khwab' in Urdu have been selected for the award.

Anamika is from Muzaffarpur in Bihar
Renowned poetess, writer and critic Anamika has received the award for her collection of poems 'Basket in the Diganta'. She is originally from Muzaffarpur in Bihar. She teaches English at Delhi University. His collection of poems 'Basket in Digant' was published in 2014. Sahitya Akademi secretary K Srinivasa Rao said that the academy has announced its annual Sahitya Akademi Awards for 20 languages.

Moily gets the honor for the Epic 'Shri Bahubali Ahimsadigvijayam'
Veerappa Moily has been announced the Sahitya Akademi Award for the year 2020 for his epic 'Shri Bahubali Ahimsadigvijayam'. Senior Congress leader Moily is the former Chief Minister of Karnataka and former Union Minister. He is also a litterateur and has written several novels in the Kannada language. She has been honored with Murtidevi in ​​2007 and Saraswati Samman in 2014.

Sahitya Akademi is the national academy of works of different languages. It aims to accelerate the development of Indian literature by organizing publications, translations, seminars, workshops. Under this, cultural exchange programs and literature conferences are also organized across the country. In order to develop and elevate the level of Indian literature, the Government of India established the Sahitya Akademi in 1954 with the objective of establishing cultural unity in the country by nurturing and harmonizing literature in all Indian languages. The regional offices of this academy are located in Bombay, Bangalore, Calcutta and Chennai.

One Nation - One Ration Card: 'My Ration App' Launched, Any State, Beneficiaries...

Akade and Claire Frances have produced the airy dance-pop song 'Float Away'. (Re...

After getting a pile of notes of 21 crores, now cash wa...