Priyanka Chopra opens up in Oprah Winfrey's show : 'Scared when Filmmaker misbehaved her

Priyanka Chopra recently appeared in the famous actress Oprah Winfrey's show 'Super Soul'. During this, Priyanka made many important revelations. Priyanka Chopra (Priyanka Chopra) spoke openly on other aspects of her life from her marriage. In this show, Priyanka Chopra has revealed many secrets about her early days in Bollywood. He says that a filmmaker misbehaved with him in the early days. To this day, he regrets why he did not raise his voice at this time. 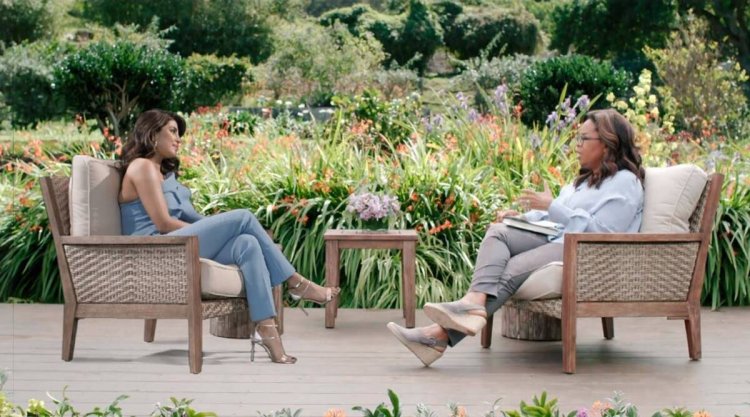 Priyanka Chopra (Priyanka Chopra) further said in the interview that at that time I was quite scared. He said that without revealing the name of the filmmaker, he had asked him to undress for hot dance performance on the set of a film. Priyanka also told that she left the film on the very next day of that incident. However, he still regrets to this day why he did not raise his voice against the filmmaker at that time. During the show, Oprah Winfrey asked her how she dared to take a stand for herself. In response, the Global Star said that I dare because of my upbringing, which my parents have always given me.

Priyanka Chopra further said on the filmmaker's incident: "I was very scared. I was a newcomer in the entertainment business. It was said to the girls that they do not work too hard to get respect and respect, But I had to. That's why I worked inside the system. The only way to keep distance from all these things was to create distance and I did it right there. " Priyanka Chopra told her mother during this time that she had told them that do anything in life but you have to be financially independent.

Ananya Pandey made a big statement regarding romantic r...

Priyanka Chopra does not vote in America, said- 'One da...