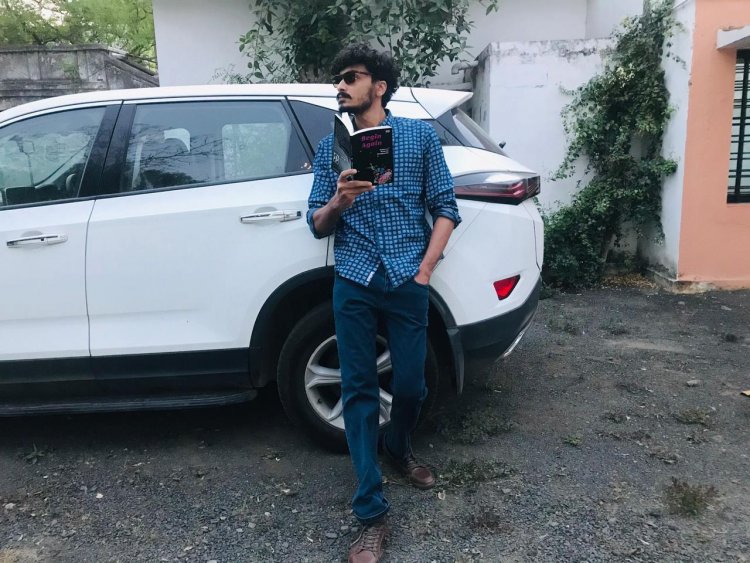 Atharva deshpande’s debut novel begin again is now out on amazon and book shops near you the novel is published by novel nuggets publishers and is working wonders on amazon India .

Mr Deshpande is born and bought up in Wardha a small town in Maharashtra where Mahatma gandhi and Vinoba Bhave lived and place which was an epicenter of freedom movements in India.

While talking to Mr Deshpande it was clear that he wanted to change the storytelling structure through his book .
The book is coming of age story of Annirudh , Shaurya and Mihika and how they evolve in life via love . With a constant story , there are poetries in between to show what goes in Annirudhs headspace its very close to a Broadway musical he quotes .

When asked if Begin Again is based on true events , Mr Deshpande states everything I write is based on the something true I have experienced , I am just a collection of the movies I have watched ,books I have read ,and people that I have loved .

Mr Deshpande is also a team lead in IT firm , an actor who has done short films and marathi feature film , a meme entrepreneur and a screenplay writer .
Readers can check his latest offering on amazon and Flipkart .
When asked a advice you want to give to young writers Mr Deshpande says , Just keep writing , not because you will achieve something just because there is nothing else you can do till message going from your brain , down through your arms ,into your fingers then on to the page and writing blesses you with things you never expected.

Awards not just to recognize your talent in fields of photography , dancing and...

Australian Prime Minister apologizes to the country, says - we have failed to control...

Ayurveda food rules:Do not consume these things together,...

IAS Rakesh Sharma:Lost his eyes at the age of 2. Cracked...