Corona: All these variants of Omicron are doing the infection, you should also be alert

A team of Portuguese scientists has conducted a study, in which it has been found that the sub-variant of Omicron can cause BA.5 reinfection. Due to which new cases of Kovid are expected to increase every two to three months. 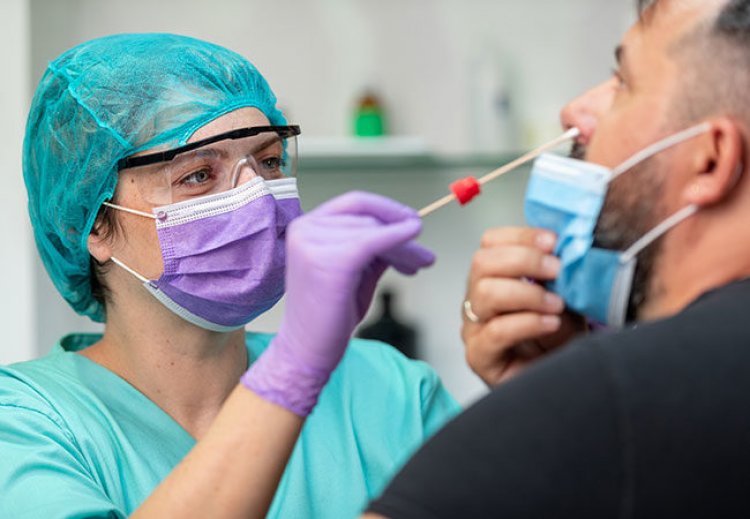 There is ups and downs in the cases of corona in the country. Meanwhile, all the variants of Omicron are also coming continuously. Due to this, the cases are also increasing. The positivity rate of Corona in the country's capital Delhi is more than 10 percent. Omicron's variant BA2.75 is being found in more than 50 percent of the infected in Delhi. Although cases of variant BA.5 are also coming. Meanwhile, a study has been done regarding BA.5, in which it has been told that this variant is infecting people again.

This study has been done by a team of Portuguese scientists, in which it has been found that the sub-variant of Omicron can cause BA reinfection. Due to which new cases of Kovid are expected to increase every two to three months. Researchers have concluded after a comparative study between BA.2 and BA.5 variants on 27 thousand corona infected, among the corona infected involved in the research, 12306 were infected with BA.5 during 25 April to 10 June 2022 and 15396 BA. were positive from the .2 variant.

Tips to protect against these variants

When the data of these infected was prepared, it was found that the risk of reinfection from variant BA.5 is high. However, after vaccination and booster dose, the risk from these variants has been very low and the cases of death have not increased. However, scientists have advised people to avoid these variants. Epidemiologist Dr Jugal Kishore says that no sub-variant of Omicron is dangerous. Delta has since been followed by Omicron and many of its sub-variants, but these have not increased hospitalizations. The effect of these variants is mild and the infected are getting flu-like symptoms. Patients are recovering within two to three days.

There have been 14,917 new cases of corona in the country in the last 24 hours. The total number of infected increased to 4,42,68,381. The number of active patients has come down to 1,17,508. Which is less than one percent of the total infected. So far 5,27,069 deaths have been registered due to corona epidemic. Meanwhile, the third phase trial of Corona's intranasal vaccine has also been completed. The BBV154 intranasal vaccine can be given as a booster dose. This vaccine of Bharat Biotech is considered very beneficial in the war against Kovid. This vaccine will be given through the nose.

Delhi’s Beth Harmon, Bhushita, set out to spread the passion...

Hornbill Harcel unleashes the power of poetry by dint of...

Due to these bad habits of yours, premature wrinkles occur...