The death toll in Brazil in the Corona epidemic is frightening. In the last 24 hours, 3808 people died here. More than 82 thousand new cases are coming here every day. Russian Prime Minister Vladimir Putin has taken the second dose of the Corona vaccine. 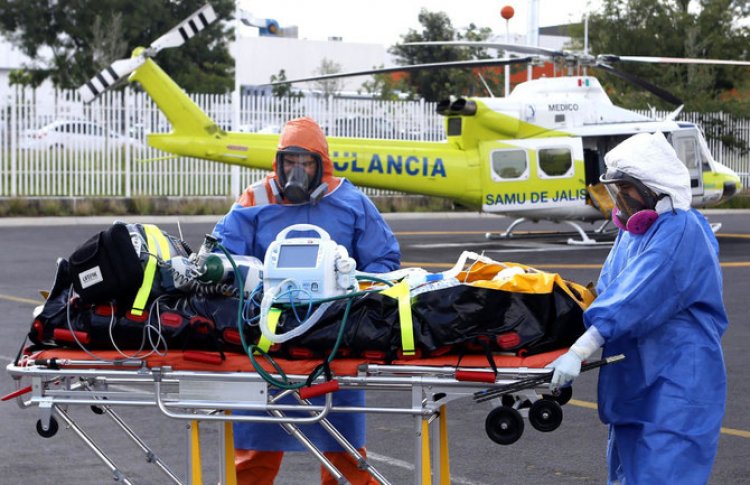 Corona cases have increased 33 percent in Canada in the past. More than eight thousand new cases of infection are being found here every day.

Over 1300 new cases in Thailand every day

More than 13 hundred new cases are being reported in Thailand every day. This number is the highest ever since the outbreak of the epidemic. Every day 731 new cases of infection are being found in South Korea. Corona has recorded the largest increase in cases in the last three months.

In Pakistan, the number of people who die everyday from Corona remains more than a hundred hundred. More than 46 hundred new cases are coming up every day.

Russian Prime Minister Vladimir Putin has taken the second dose of the Corona vaccine three weeks after the first dose.

Corona infection is spreading rapidly in Nepal. Addressing the people of the country on the Nepalese New Year, Prime Minister KP Sharma Oli said that if the negligence continues, they can declare the lockdown.

Romanian Prime Minister Florin Situ has thrown out of the cabinet, expressing displeasure with Health Minister Vlad Voculescu over the rapid spread of Corona. This is the first major decision after the formation of a coalition government after the elections in Dinsber.

European Union Commission Chief Ursula von der Len has announced that the vaccine is being contracted with Pfizer by 2023. With this, AstraZeneca and Johnson & Johnson will not be approved again after the contract ends next year. Here, Denmark has stopped taking the vaccine from AstraZeneca. Due to this, the work of vaccination has been stopped.

The speed of corona is increasing rapidly, the number of infected people has crossed...

Covid-19 Medicine: A drug approved against corona in the...