A month-long lockdown is being carried out in the capital Paris due to the 'third wave' of the Corona virus in France. 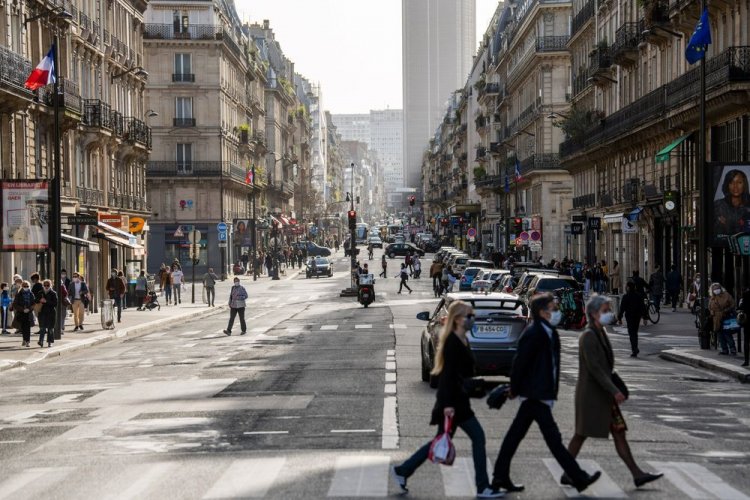 Along with Paris, lockdown is being done in 15 other areas of the country from Friday midnight.French Prime Minister Jean Castex has said that this lockdown will not be as strict as the previous lockdown.In France, 35,000 new cases of corona virus infection have been reported in the last 24 hours.Prime Minister Jean Castex says that 'third wave' of corona virus infection in the country may increase rapidly.

Health Minister Olivier Vernon says that the situation is getting worse in Paris where 1200 people are admitted in intensive care units, compared to less than half of the patients admitted in November last year.

In the midst of fresh lockdown, the non-essential jobs will be completely closed, but the schools will remain open. Without a valid reason, people will not be able to move from one place to another in the country. Although people will be able to move within six miles of their home.

The French government has been criticized for delaying the introduction of the vaccine.

The EMA has found that blood clots with the Oxford-AstraZeneca vaccine are 'not at risk'. However, the EMA has also said that it will continue the study for any such possible apprehension.Earlier, the World Health Organization said that the Oxford-AstraZeneca vaccine should continue to be used and that the vaccination campaign should not be affected.

The Oxford-AstraZeneca vaccine has been banned in many European Union countries at a time when a large part of Europe is battling rising cases of Corona virus infection.

7 Guidelines of Supreme Court: courts should not suggest marriage or compromise...

Pakistan Floods: Along with the floods in Pakistan, now...