Electric cabs will be able to book in Ola app, know where this service started

This new category, which has been included in the Ola app, has been launched under the name of Ola EV which allows customers to book electric vehicles for the ride. This service of the company is expected to start from this week. 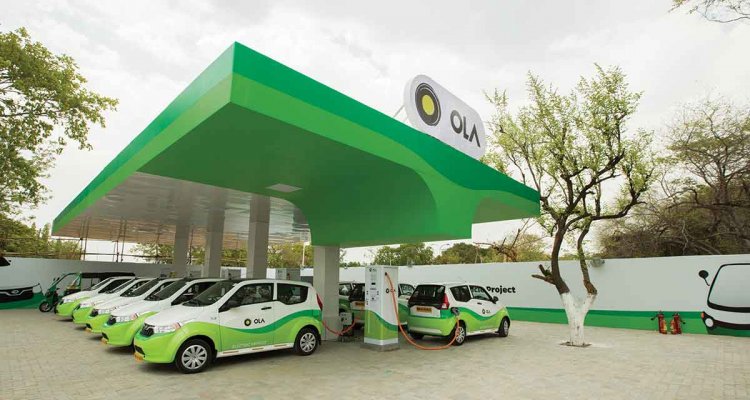 Ola has announced that they are going to add a new category to their app soon, so that customers can also choose the electric vehicle ride while booking the cab. The company has also launched this new category in London. After the introduction of this new category, customers will now have the option to choose both fuel and electric cabs.

Let us tell you that this new category included in the Ola app has been started in the name of Ola EV which allows customers to book electric vehicles for the ride. This service of the company is expected to start from this week. The special thing is that customers will not have to pay an expensive fare when they book a ride with an electric car, but this fare is still as economical as before, which will have two benefits where on one side customers will get the opportunity to travel by electric vehicle. On the other hand, these vehicles will not cause any harm to the environment, which can prove to be a major step towards reducing pollution.

On behalf of the company, it has been said that their decision is the first step towards environmental protection. Let us tell you that customers traveling with Ola's electric vehicles will get less opportunity to travel for the first 3 months at a very economical price which will not include commission rate, which means that the customers will have a big advantage in it.

Let us tell you that customers traveling to Ola in India can also get the option of electric vehicle as the company is going to set up the world's largest electric two-wheeler factory in Tamil Nadu where the company's upcoming electric scooter Construction will be done which is scheduled to be launched in the coming time. Let me tell you that this factory will be spread over 500-acres, which is going to be quite big. The company is going to produce Ola electric scooter here which can be launched in India soon.

Radhe: Your Most Wanted Bhai: Over 42 lakh people watched the film in a day, Salman...

Precaution! These 10 mistakes made on Google will land...