Parliamentary committee report : BSNL, which is continuously in loss, will return to profit in next three years

BSNL, a loss-making telecom company for several years, will again return to profitability in the next three years. The parliamentary committee has reported in the report that the company will start making profits by 2023-24 due to the government's relief package and reformist policies. 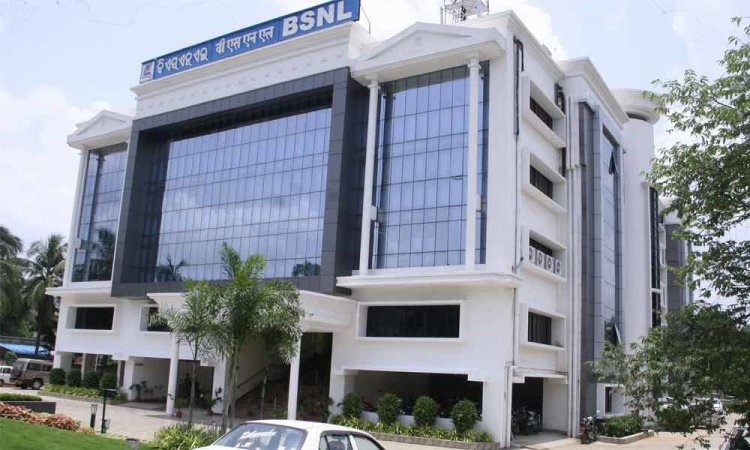 Loss-making public sector BSNL is expected to profit from FY 2023-24. This will depend on the implementation of the plans and strategies proposed under the revival package. It has been said in a report of the Parliamentary Committee. However, the public sector unit is profitable at the operational level.

Parliament's standing committee on information technology said in its report on Wednesday, "BSNL has said that it expects to benefit from 2023-24. This will depend entirely on the revenue and cash impact from the services, with the proposed land assets being offered on the market under the revival package. "According to the report," Though BSNL is profitable in terms of EBITDA. "EBITDA means Interest is from income before tax, depreciation and amortization.

The government approved the revival plan to bring BSNL and MTNL back on track in October 2019. This includes voluntary retirement, support for 4G spectrum, market (sell or lease) of major and non-core assets, government guarantee for bonds to raise capital by PSUs and short-term merger of MTNL and BSNL .

According to the report, BSNL's expenditure has come down from Rs 34,400 crore annually to Rs 24,687 crore annually. The main reason for this is the decrease in the expenditure incurred on the benefit item given to the employees due to VRS. However, the company's revenue has not increased due to non-introduction of 4G services. 92,956 employees of BSNL and MTNL eligible VRS retired on 31 January 2020.

In a move towards merger of BSNL and MTNL and BSNL's rollout of services across the country, the Group of Ministers approved the allocation of spectrum for 4G services to BSNL in Delhi and Mumbai in a meeting held on 21 December 2020. According to the report, it is expected that with the introduction of 4G services, BSNL's revenue in the wireless segment will increase.

RTO will not have to run for Driving License and RC, these...

These 3 vehicles rocked the Chicago Auto Show, this car...

Before Google stops providing this service on February...