First Air India flight from United Kingdom to India carrying 246 passengers during the outbreak of the new Corona virus Strain. 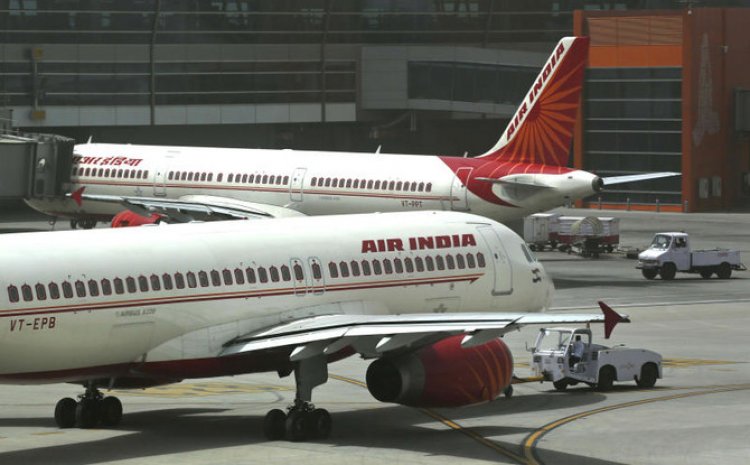 After UK flights were banned, these services are being started from today. The first flight of Air India is coming, with a total of 246 passengers. Till 23 January, 23 flights will run between the two countries every week.

After the Coronavirus strain found in the UK, after the flight ban, now on Friday, the first flight of Air India is coming from today. There are 246 passengers on this flight. Let us know that from today onwards the flight service between the two countries is starting. On 23 December, the government announced that there will be a ban on the movement of flights between the two countries till 31 December. It was increased to 5 January. Now flights are starting again today.

Yes, tell that the operation of flights going from India to UK started from Wednesday itself. A total of 73 patients with new corona strains have been found so far in India.

According to the government, a total of 30 flights will be flown between the UK every week. 15 Indian and 15 UK airlines. This will happen by 23 January. Civil Aviation Minister Hardeep Singh Puri said that the decision will be taken after further review to increase the number of flights. Delhi Airport has asked the passengers coming from UK to keep a gap of 10 hours between landing in India and then taking a connecting flight to their city from there.
Delhi Chief Minister Arvind Kejriwal had on Thursday appealed to the central government to extend the flight ban till 31 January as the situation in the UK over Covid is 'very serious'. He said that in such a situation, why eliminate the flight ban and put your people in danger?

In Delhi, 13 patients infected with this new strain virus have been found. Let us know that all the passengers coming from January 8 to January 30 will have to undergo the Covid-19 test, for which they will have to pay the money themselves. Passengers must bring a negative report of the Covid-19 test that took place within 72 hours of reaching India. At the same time, even if they come negative in the test, they will still have to stay in the 14-day quarantine.