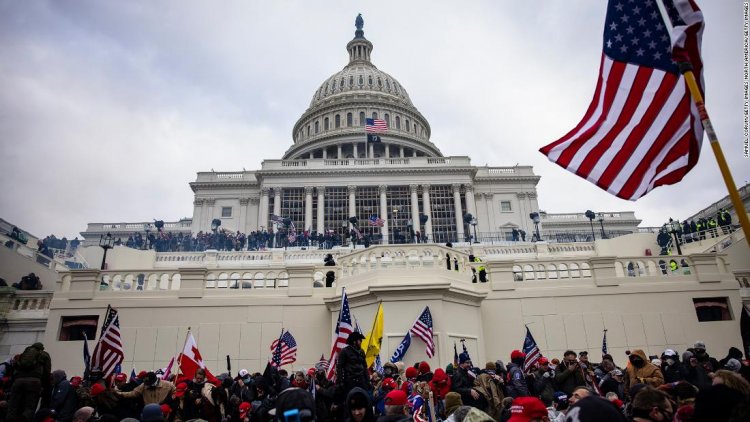 People whose faces are seen in the attacks and violence in social media are increasingly searching for them. Along with the US administration, companies are also intensifying the identification and search of their employees who were involved in the attack on the US Capitol on Wednesday. Maryland's direct marketing company Navistar has identified and fired one of its employees. This employee had kept the ID card of the company's identity at the time of the demonstration.

The company said that it supports the right to peaceful performance and freedom of expression, but any employee who poses a threat to others will not be able to stay in the job. Paul Davis, a Texas lawyer, has also been removed from service by a company called Goosehead Insurance. Action has been taken against Davis after a social media post.

Meanwhile, a police officer injured in the violence at a demonstration of Trump supporters on Wednesday in the US Parliament House has died. Now the death toll in the violence has increased to five. US Capital Police Officer Brian D. Siknik was injured in a clash with protesters on Wednesday. Siknik then returned to his office where he fainted. Siknik's death will be investigated by the Metropolitan Police Department USCP and federal agencies.

Congress member Lloyd Doggett tweeted on Thursday, "One US Capitol Police officer injured in Wednesday's riots died. So far, five people have died due to Trump's insurgency. Accountability should be fixed. At least 50 police officers were injured, with 15 of them seriously injured due to violent attacks by Trump supporters in the Capitol.

Outgoing President Donald Trump of the US finally condemned the violence of his supporters in the Capitol Building on Wednesday, saying such people do not represent America. Trump, breathless, also vowed to ensure the orderly, uninterrupted and smooth transfer of power to the newly elected President Joe Biden.

Whereas a day before that, Trump had called on his supporters to come to the Capitol, where the crowd forcibly entered the Parliament House. President Donald Trump said in a new video message that America is and will remain a law-abiding country. The White House released this video of Trump. It was posted on YouTube on Thursday.

America is giving financial assistance of 45 crores to...

Johnson & Johnson will stop the sale and production of...