US Ambassador to the United Nations Kelly Craft will visit Taiwan on 13–15 January for a meeting with Taiwan's senior officials. China has been biffed by the visit and has described it as playing with fire. 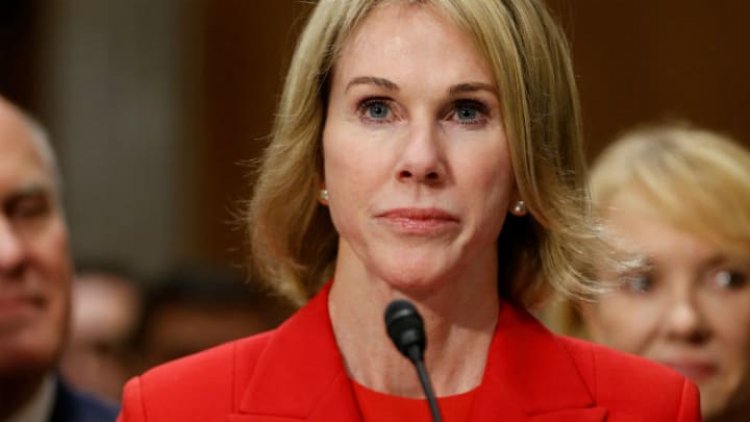 US Ambassador to the United Nations Kelly Kraft will visit Taiwan on 13–15 January for a meeting with Taiwan's senior officials. US Mission gave its information on Thursday. China has been biffed by the visit and has described it as playing with fire. Significantly, China considers Taiwan as its share and does not recognize it as a separate country. Taiwan is very angry with the support from the US. This has further strained relations between the US and China.

The US Mission said that during this visit, US Ambassador Kelly Craft will deliver a speech on Taiwan's impressive contribution to the global community and the importance of Taiwan's meaningful and expanded participation in international organizations. China said it strongly opposed the US ambassador's visit. The UN Mission of China said that we want to remind America that anyone who plays with fire will burn himself. The US will pay a heavy price for this wrong move.

China has urged the US to stop taking its provocative measures, the relationship between the two countries and to create new difficulties in the cooperation of the two countries in the United Nations. Earlier in August, during the visit of US Health and Human Services (HHS) Minister Alex Azar and September of US Economic Growth, Energy and Environment Minister Keith Crack to Taiwan, China had sent fighter jets to the Taiwanese area demonstrating power.

Explain that Taiwan is not a member of the UN due to China's objections. In this regard, the visit of US Ambassador Kelly is very important for him. China considers the island as one of its provinces and says it has the right to speak for Taiwan on the international stage. Taiwan says that this right belongs to its democratically elected government and not to China. She has complained that due to Chinese pressure during the Corona epidemic, real information is not being received from the World Health Organization (WHO).

In the new survey, Sunak is again backward from Liz Truss,...