Malnutrition and other diseases are the cause of children death in brazil, medical emergency declared

Brazil News: 570 Yanomami children have lost their lives to malaria and diarrhea in addition to malnutrition. President Luiz Inacio Lula da Silva visited a Yanomami health center in Boa Vista in Roraima State. The pictures of the patients admitted in the center here were horrifying. 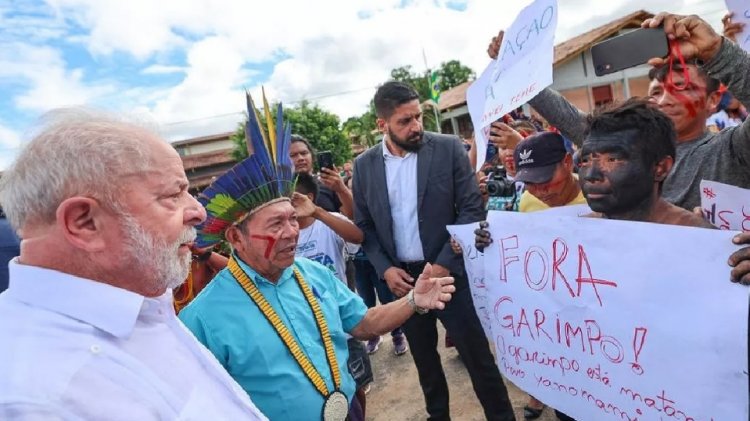 Brazil Declares Emergency: In Brazil, children are dying every day due to malnutrition and other diseases. In view of this, the country's health ministry has declared a medical emergency in the Yanomami region. It is being told that such diseases have spread among children due to illegal gold mining.

The government of President Luiz Inácio Lula da Silva said on Friday that the purpose of the declaration was to provide better healthcare for the Yanomami people. In the past four years, 570 Yanomami children have lost their lives to malnutrition, as well as malaria and diarrhoea. Actually, mercury is used in gold mining. The children died mainly from malnourishment as well as malaria, diarrhea and maladies caused by the mercury used by the gold miners.

Incumbent President Luiz Inácio Lula da Silva visited a Yanomami health center in Boa Vista in Roraima state that housed children, the elderly and other patients. The pictures of the patients admitted in the center here were horrifying. Lula wrote on Twitter after the visit, "What I saw in Roraima was more than a humanitarian crisis, it was genocide. A premeditated crime against the Yanomami, perpetrated by a government insensitive to suffering."

After the visit, a food aid package has been announced by the Brazilian government for the region. About 26 thousand people live in this area and gold mining is done on a large scale here. It is said that after Bolsonaro came to power in 2018, illegal mining increased rapidly here and exploitation of local people also started. Because of this, the incidents of violence have also increased here.

Maher Alkhawndi: The young entrepreneur and innovator revolutionizing the world ...

Indian Air Force will be stronger than Russia's new MiG...

Hijab Row Iran: these countries of the world have stric...

Military base closed after armed man found in America, ...