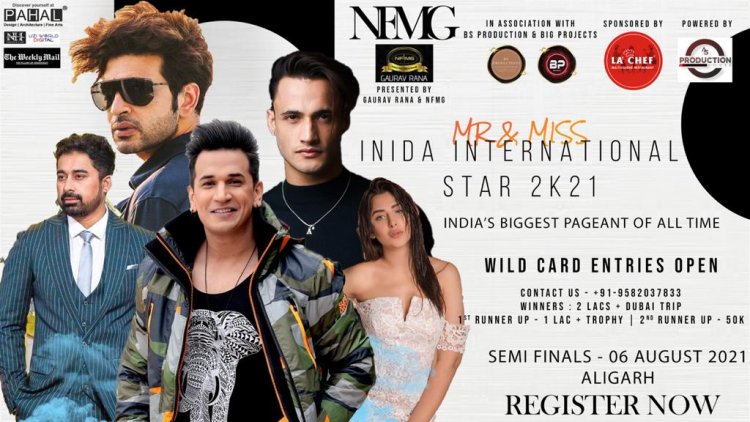 This semi finale will be judged by PRINCE NARULA this 6th august 2021 in Aligarh. Soon the grand finale dates will be announced by Gaurav Rana & team for Lucknow.

The winners of the show will receive rs.2 lac + Dubai trip.

" Many more surprises are on the way soo stay tuned with NFMG, BIG PROJECTS & BS PRODUCTIONS. "

Tokyo Olympics: Winning a medal in Olympics is like a dream come true, it is dedicated...

Author-Poet Sneha Narayanan has become the Voice of thousands

Gaurav Mishra an emerging model in the field of fashion...

3 places to visit in Rajasthan to get a glimpse of Indian...