Nusrat Jahan gave a big statement amidst reports of separation, said - when marriage with Nikhil is not 'legitimate' then how is the divorce

Nusrat Jahan was married to businessman Nikhil Jain in June 2019. Nusrat Jahan issued a statement saying on Wednesday that we had separated from each other long ago. 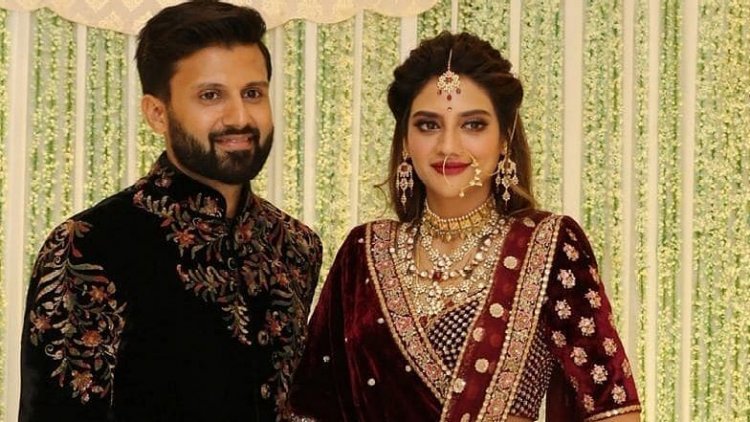 Trinamool Congress MP Nusrat Jahan made a big statement on Wednesday regarding her marriage. Amidst reports of separation from her husband, Nusrat said that her marriage with businessman Nikhil Jain is not valid. He said that their marriage took place according to Turkish law which is not valid in India. Nusrat further said that the validity of the Special Marriage Act is necessary for inter-religious marriage, which did not happen in this case. In such a situation, when the marriage is not valid, then the question of divorce does not arise.

Nusrat Jahan was married to businessman Nikhil Jain in June 2019. Nusrat issued a statement and said on Wednesday that we had separated from each other long ago.

Nusrat Jahan also gave a statement that her husband had withdrawn money from her account. He also said about this that he has spoken to the bank as well. She said that she had separated from her husband Nikhil long ago.

Being on foreign land, as per Turkish Marriage Regulation, ceremony is invalid. It was interfaith marriage, it requires validation under Special Marriage Act, which didn't happen. As per Court of Law, it's not marriage but relationship/live-in: Nusrat Jahan, TMC issues statement pic.twitter.com/c9gi82vg8r

Nusrat said in the statement that they were not married according to Indian law, so it was a live-in relationship. Nusrat said that she had separated from her husband long ago but did not want to reveal about her personal life to the public. Significantly, Nusrat Jahan is a Trinamool Congress MP from Basirhat. However, no statement of Nikhil Jain has come yet on this.