Bollywood actress Vidya Balan will soon be seen in the film 'Lioness' of 'Amazon Prime Video' video. Vidya is playing the role of a forest officer in this film. This role of the actress is considered to be the most different among her characters so far. 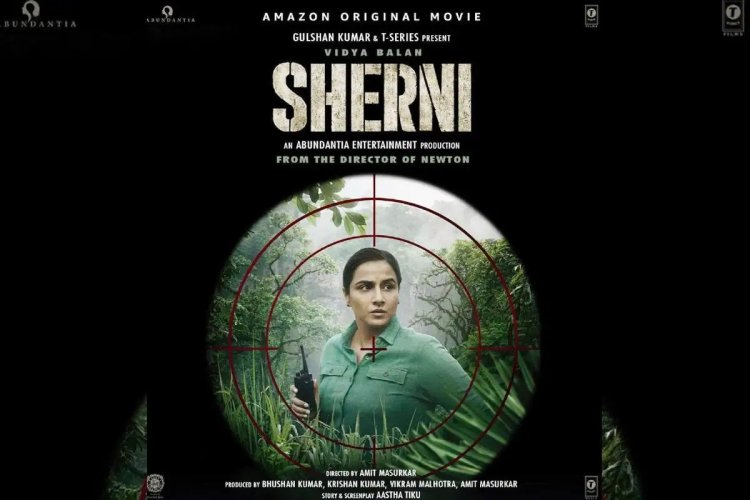 Bollywood actress Vidya Balan will soon be seen in the film 'Lioness' of 'Amazon Prime Video' video. Vidya is playing the role of a forest officer in this film. This role of the actress is considered to be the most different among her characters so far. Talking about her preparation for 'Lion', Vidya said, 'I actually met some forest officials to understand how this job is handled. In which training to become a forest officer, study related to various postings and challenges faced by them comes.

'The nature of the work is such that it can be physically difficult and even dangerous at times, so was traditionally male dominated, but these female executives shared how they worked their way around the patriarchal mindset, Everything was very helpful'. Talking about her character, she said, “What I love about Vidya Vincent is that she has the courage to stand up for what she believes in. So you don't have to be aggressive or be a man in the world of men, you can live like a woman and still find your way'.

Along with Vidya Balan, actors like Sharat Saxena, Mukul Chadha, Vijay Raaz, Ila Arun, Brijendra Kala and Neeraj Kabi will also be seen in this film. Let us tell you that this film was made for theatres, but due to the pandemic, theaters are closed, so it is being released on the OTT platform Amazon Prime Video. The film will be released on June 18. Let us inform that the shooting of the film has been done in the forests of Madhya Pradesh. This is Vidya's second film on Amazon Prime. Earlier, Shakuntala Devi was also released on Amazon Prime Video.