President Address Highlights In a 32-minute address to the nation, President Draupadi Murmu said that epoch-making movement established our struggle on the world stage. Our festival was started by honoring him. This festival is dedicated to the people of India. 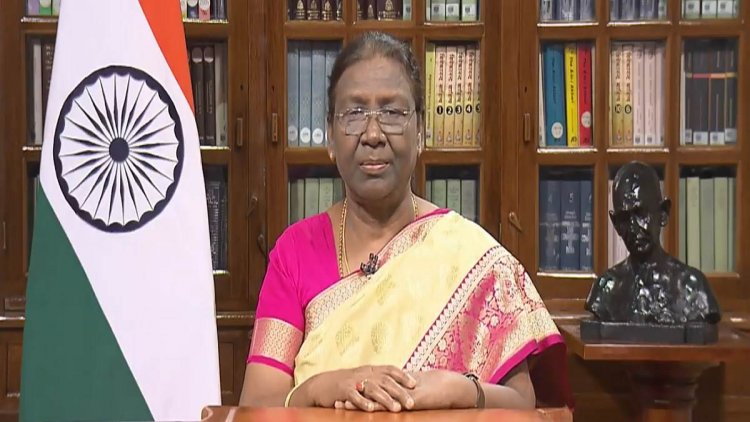 In an address to the nation on the eve of 75 years of independence, President Draupadi Murmu praised the freedom fighters and policy directors.  At the same time, by 2047 i.e. the hundredth anniversary, the responsibility of making India the India of dreams was entrusted especially to women and youth.  In this sequence, he also expressed anguish and said that the contribution of farmers and tribal heroes in the freedom struggle remained out of the collective memory for a long time.  During this he addressed people for 32 minutes.

Tribal heroes are not just local or regional icons, but are the source of inspiration for the entire country.  He welcomed the decision taken by the present government last year and the celebration of Tribal Pride Day on 15 November.  Keep in mind that Murmu is the first tribal president.  She was the NDA candidate and Yashwant Sinha was fielded from the opposition.  This was the first address to the country by Murmu, who was elected president last month.

Referring to the thinking of Mahatma Gandhi, in his short address, he said that there is an element of Indianness in the democracy of India.  That is why when we celebrate independence we are actually celebrating Indianness where there is equality in diversity.  He appealed to the countrymen to recognize their duties and work towards strengthening Ek Bharat Shreshtha Bharat.  At the very beginning of the address, he indirectly warned about the war of words that broke out on the occasion of partition.  He clarified that the purpose of this day is to promote social harmony, human empowerment and unity.

President Murmu especially mentioned the confidence gained among women and said that now inequality on the basis of gender and gender is decreasing in the country.  Women are moving ahead overcoming many stereotypes and barriers.  Their increasing participation in social and political processes would prove decisive.  Keep in mind that the data of the Election Commission also shows that the enthusiasm of women in the electoral process is more than that of men.  Recently Prime Minister Narendra Modi also mentioned this.  The President said that everyone has a contribution in the journey of 75 years.  But the onus is on the youth of the country to make the journey of the next 25 years successful and make the India of the freedom fighters a reality.  They have to build the India of tomorrow.

The 'Big Bull' of the stock market Rakesh Jhunjhunwala passed away, recently launched...

Corona Alert: Those coming to Rajasthan from Kerala and...