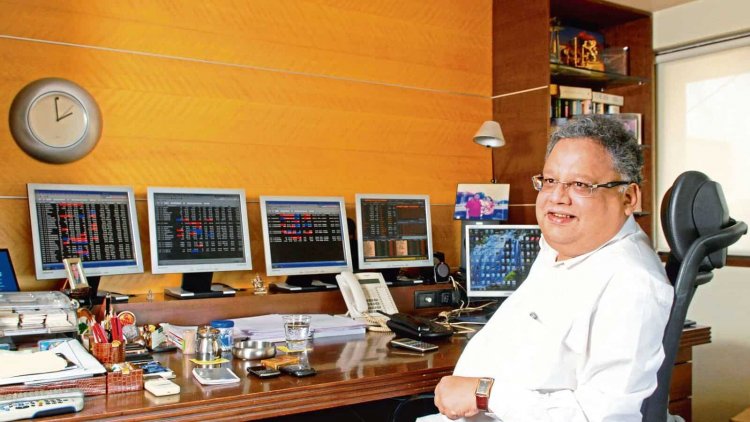 Rakesh Jhunjhunwala, one of the veterans of the stock market, has passed away. It is being told that Rajesh Jhunjhunwala has breathed his last at Bridge Candy Hospital in Mumbai. He was admitted here after his health deteriorated. The cause of Jhunjhunwala's death is said to be multi-organ failure. A team of doctors was constantly trying to save him, but it could not happen. He was admitted to the hospital last evening. His health was continuously deteriorating for the last few days.

Rakesh Jhunjhunwala was born in Telangana, Hyderabad. He later shifted to Mumbai with his father. He was a chartered accountant by profession, but later got recognition as Warren Buffet of the stock market. He was also called the magician of the market. The way he invested in the market, he was followed by all the veterans. It was said that the stock on which Jhunjhunwala used to invest money was the most profitable.

This was Jhunjhunwala's net worth

According to Forbes, Jhunjhunwala's net worth was $ 5.8 billion. According to Forbes' 2021 list, he was the 36th richest person in India. Many times he was compared to Warren Buffett. He was also called the 'Big Bull' of Indian markets

Had stakes in these companies

Jhunjhunwala, who was a chartered accountant (CA), chose the broker path instead of auditing the accounts of companies. His portfolio includes Star Health, Titan, Rallis India, Canara Bank, Indian Hotels Company, Agro Tech Foods, Nazara Technologies and Tata Motors. He had investments in more than three dozen companies. He had a large stake in companies like Titan, Star Health, Tata Motors and Metro Brands.