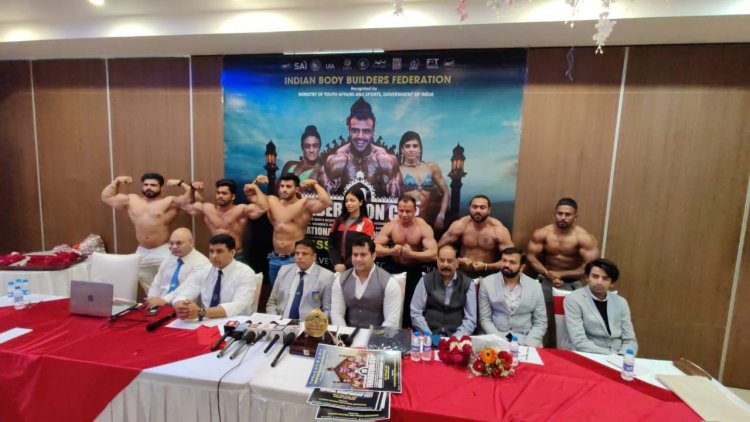 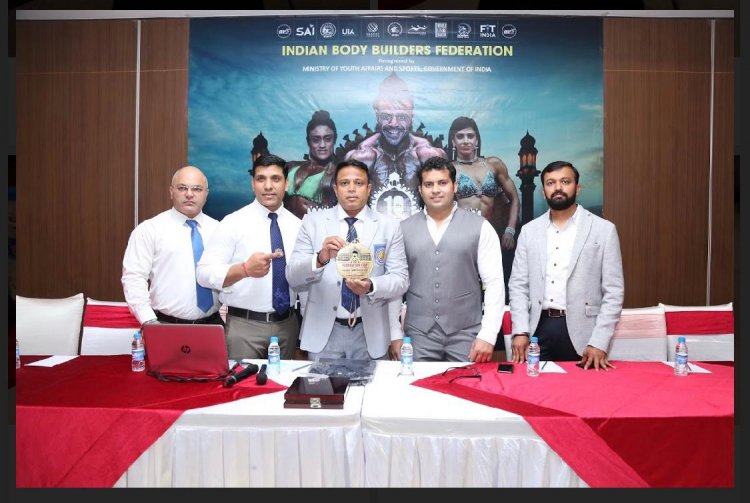 Disclosing about the event, Chetan M Pathare, Secretary of World Bodybuilding and Physique Sports Federation (WBPF) and President of UP’s Bodybuilding & Fitness Association Sajid Ahmed Qureshi added that -:
“The Mega Championship is the first-ever being held in Lucknow. The 10th Federation Cup is a platform for Body Builders, Fitness & Figure Competitors, both men & women.
Preparations for such championships require extreme training and hard work. We hope you all support the event and the participants on the 3rd & 4th of April at Indira Gandhi Pratishthan, Gomtinagar, Lucknow”

Sajid Ahmad Qureshi stated - “The 10th Federation Cup has kick-started from today’s Press Conference. There are a lot of people who I would like to thank from the bottom of my heart. To start with, thank you Mr. Chetan Pathare Ji, General Secretary WBPF,  for coming to Lucknow to attend the Press Conference. Many thanks to Mr. Vishvas Rao Ji, General Secretary UPBBFA, Mr. Vipul Singh Ji, President LBBFA, and Mr. Ahsir Ahga Ji, Treasurer LBBFA.A big thanks and best wishes to the Bodybuilders of LBBFA, Ravish Ahmed, Sartaz Alam, Raaj Choudary, Aman, Wasil, Saif Ayaz, and Prashant. This year's 10th Federation Cup is also focused on encouraging female bodybuilders and we all hope all participating reach their goals. Thank you all for attending the Press Conference. “

We on behalf of the Indian Body Builders Federation humbly request all the affiliated State Associations / Union Territories / Government Sports Boards to participate with the best of their bodybuilders as per the rules prescribed in the said circular, to make this championship a grand success.
It is further informed that due to Covid-19 all are requested to strictly follow the mandatory SOP as prescribed by the Government of India and the rules set for the same by the Indian Body Builders Federation.

Giriraj lashed out at Rahul and opposition for supporting Disha Ravi, said - started...

Purujit Singh the Founder of Big projects and the organiser...

Follow these home remedies to remove the bad smell of teeth,...

BHN News focuses on being Instant and Innovative on Social...