Vaccination for the age group of 15-18 years will start from tomorrow, more than three lakh have registered, know the complete process

Corona cases have started increasing once again in the country. Along with this, the risk of its new variant Omicron has also increased. In view of this, now the vaccination for the age group of 15 to 18 years will start from tomorrow. 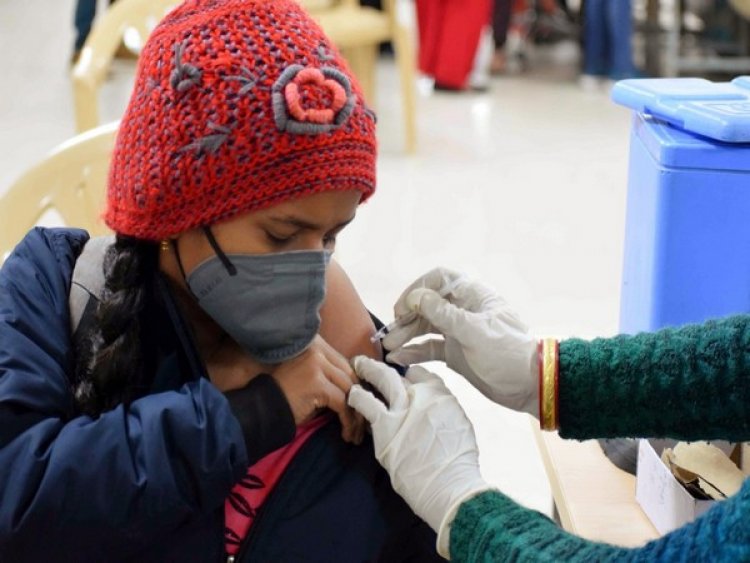 Corona epidemic is raising its head once again in the country. Along with this, the danger of its new variant Omicron is also increasing continuously in the country. Till now its cases have been reported in most of the states of the country. Its infection speed is much higher than other variants. In view of this, vaccination is being expedited. Along with this, the registration for vaccination for the age group of 15 to 18 years has started from January 1. Now it is the turn of the vaccine which will be from 3rd January.

With the start of giving vaccine to this age group, another big blow will be done on the epidemic. Let us tell you that so far about 90 percent of the eligible people in the country have been given one or both doses of anti-corona vaccine. India is ahead of many countries in terms of vaccination and it is expected that this year we will get two billion figures of vaccination. Will cross.

However, let us also tell you here that booster doses have also been allowed in the country. It will be started first with health workers and those above 60 years of age who are in dire need of it. People above 60 years of age will be given this only on the advice of a doctor. On the other hand, if we talk about the age group of 15-18 years, then they can easily get their registration done on the Kovin app.

Children born after 2003 will be vaccinated

In this phase of vaccination, those children who were born after January 2003 will be able to get the vaccine. This is a big campaign and step in order to bring the epidemic under control. In view of the threat of Omicron, guidelines have already been issued by the Center to start it from January 3.

Before the start of this phase, Union Health Minister Mansukh Mandaviya has written in one of his tweets that if the children are safe then the future of the country is safe! So far, more than 3.15 lakh children have been registered for this new phase of vaccination till Saturday night. From January 3, these children will be given a dose of Covaxin prepared by Bharat Biotech Company. Its second dose will be given after 28 days.

An estimated 10 crore children are vaccinated

According to the estimated data of the Center, there are about 100 million children in the age group of 15-18 in the country who are eligible for vaccination. Children who are not able to get their registration done on the COVIN portal can also do so directly at the Vaccine Center. While registering and booking slots for the age group of 15-18 years, one has to log in to the Co-WIN app with their mobile number. The child's photo ID will also be required to book the vaccine. Those who do not have any photo ID can also give their Aadhar card for this. Four people can be registered with one mobile. After applying the vaccine, the children will be kept under observation for half an hour.