India's 'neutral' stand in Russia-Ukraine war with opposition, Tharoor said - this is the way foreign policy should be conducted

India's neutral stand in the voting of the Security Council and the United Nations General Assembly in the midst of the Russia-Ukraine war has been fully supported by all the opposition parties, including the Congress. External Affairs Minister Jaishankar said efforts to bring Indians from Ukraine received a clear message of strong support. 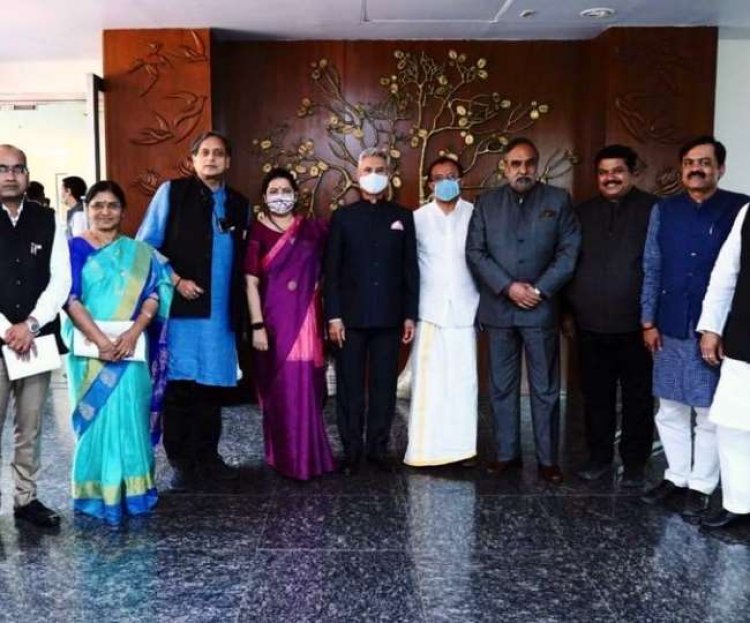 All opposition parties, including the Congress, have fully supported India's neutral stand in the Security Council and United Nations General Assembly voting between Russia-Ukraine war. In the meeting of the Parliamentary Consultative Committee of the Ministry of External Affairs, the unity of the ruling and opposition leaders on this issue has once again made it clear that the wall of political differences does not come in the way of India's national interests in the difficult times of global diplomacy.

Apart from the concerns and natural questions related to the evacuation of students stranded in Ukraine, opposition leaders also appreciated the efforts being made by the officials of the Ministry of Foreign Affairs in this direction. External Affairs Minister S., who has been aggressive on opposition leaders in recent times. Jaishankar also conveyed that there is a national consensus on the importance of dialogue and diplomacy, while giving a message of unity between the government and the opposition on the Russia-Ukraine war crisis.

India is not a part of any camp

According to sources, former Congress President Rahul Gandhi justified India's stand of abstaining from the voting of the Security Council and the United Nations General Assembly during this meeting and said that India should not be part of any one camp in this Russia-Ukraine war. can. India can play a role in bringing both the countries on the path of dialogue with the help of its neutrality and goodwill.

India has to look after its own interests

Rahul also said that India has to look after its own interests. We have long-standing, friendly and reliable strategic relations with Russia. Russia is important to us in the context of China-Pakistan nexus and we cannot vote against it.

External Affairs Minister Jaishankar said the efforts to bring Indians from Ukraine received a clear message of strong and unanimous support. The External Affairs Minister thanked all the leaders for this and said that there is a national consensus on the importance of dialogue and diplomacy. Congress leader Shashi Tharoor also said after the meeting that we are all united on this issue.

Frank discussion in a cordial atmosphere

Tharoor then said in his tweet that nine MPs from six parties, including Rahul Gandhi and Anand Sharma, attended the meeting and there was a frank discussion in a cordial atmosphere. Thanking the External Affairs Minister, Tharoor said that foreign policy should be conducted in this manner. Shiv Sena MP Priyanka Chaturvedi also described the meeting as very good and said that we are all united with the government.

During the meeting amidst this solidarity on an important aspect of diplomacy, the MPs did raise some questions regarding the evacuation of the students trapped in Ukraine. Rahul Gandhi and Tharoor, etc. said that there was a delay in issuing guidelines for the evacuation of students despite assessing the depth of fears of war between Russia and Ukraine. However, everyone agreed that there was no ideal situation in the war situation and all the MPs including Rahul appreciated the efforts made day and night by the officials of the Ministry of External Affairs for the safe return of the students despite the difficulties.

Mercedes-Maybach S-Class luxury car launched in India, know the price and its powerful...

Shane Warne: Shane Warne was the captain who won the title of the first season of...

21 patients did not die due to lack of oxygen in Jaipur...