There has been an accident with the car of Ukrainian President Volodymyr Zelensky. The President's car has collided with a bike. The President has suffered minor injuries in the accident. The accident is being investigated. 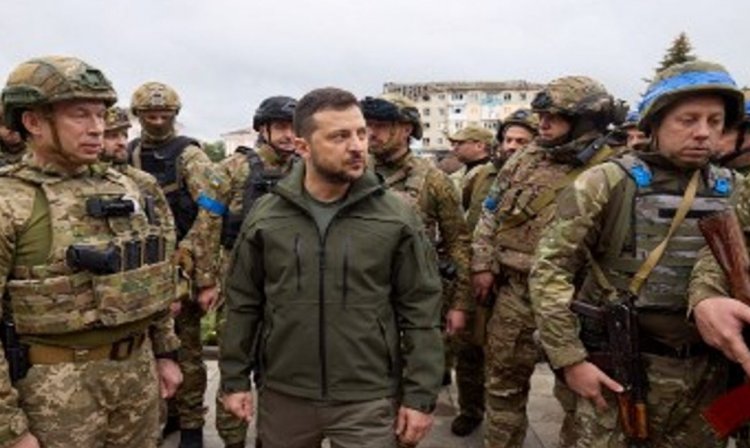 The war between Russia and Ukraine has been going on for the last several months. The long-running war has not yet reached any result. Meanwhile, Ukrainian President Volodymyr Zelensky has become a victim of an accident. Zelensky's car has collided. The President's spokesman has given this information quoting local media.

Zelensky's spokesman Serhii Nikiforov said in a Facebook post that the president's car had collided with a bike. According to the media portal, after the accident, the doctor examined and told that the President was not seriously injured. The doctors accompanying Zelensky also gave medical help to the driver of the car and sent him to an ambulance. The presidential spokesman said the accident would be investigated.

The ongoing war between Russia and Ukraine for the last nearly seven months has entered a new phase. The Ukrainian army has now gone on the offensive. Kyiv's army has dealt a big blow to Russia in some parts of the East. The Russian army had to withdraw from the area. Russian soldiers are fleeing leaving weapons in many areas.

According to the CNN report, the Ukrainian army has entered the city of Izium. Victory for Ukraine is much more than that. This is a sign that Russian troops have been scrambling to recapture the territory they hold over the past six months.

The Ukrainian army has adopted a new attack strategy. Russian forces have been forced to evacuate the eastern city just five days after Ukrainian troops launched a new offensive eastward through the Kharkiv region. A spokesman for the Bohun Brigade said in a statement on Saturday afternoon: "The Russians fled and left behind arms and ammunition. The city center is now free.

Video: one of its worst-ever flour crises in Pakistan a...