After getting the delta variant in Pakistan, there is a possibility of fourth wave of corona epidemic in the country.

The fourth wave of corona epidemic is being feared in Pakistan. For the first time in the country, a delta variant of the virus has also been detected in Khyber Pakhtunkhwa. In view of this, the minister of Sindh province has also talked about imposing a lockdown if needed. 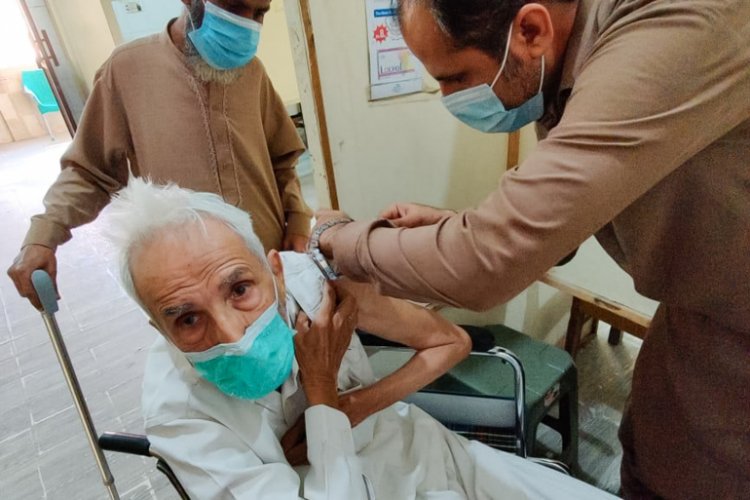 There is a fear of the fourth wave of corona epidemic in Sindh province of Pakistan. This is being said because of the changes taking place in the corona virus. Dr. Azra Fazal Pechuho, Minister of Population and Health Welfare of Sindh, while giving information about this during a meeting, has ordered to expedite the vaccination process in the entire province. In a statement issued after the meeting, it has been said that there is a danger of a fourth wave of corona epidemic in Sindh province.

Dr. Ajal has expressed concern that once again the condition of the entire country, not only the province, may worsen once again due to the presence of delta variant (B.1.617.2) of corona virus in the country. This can have an impact on the health services of the country and it can crumble. Significantly, a case of Delta variant has been confirmed in Khyber Pakhtunkhwa, Pakistan.

Dr Ajal has appealed to all the agencies of the province to advance vaccination in industrial areas in view of the fear of fourth wave. He has also made it clear that if the cases of corona virus increase in the province, then the government will not back down from imposing a lockdown. To avoid this situation, it is necessary that everyone should be vaccinated rapidly. He has ordered all the officials of the province to set the target of the polio campaign in addition to the corona vaccination and work fast. It has also been said in the order that even if a child is not found in any house during polio vaccination, then go there until he is vaccinated.

At present, the provincial government has ordered to open only those companies where the entire staff has been given a dose of corona vaccine. Dr Ajal has also ordered the officials to open a vaccination center in Nadra to expedite the vaccination and to take the help of the final year medical and paramedical students there. The government has also made it clear that action will be taken against the officers who fall behind their targets.

Major accident in China, 11 people died due to horrific explosion in gas pipe; 37...

Covid-19 Treatment: The world on the path to making Corona...