Army In Kashmir: People of Kashmir did not believe terrorist-separatist, army is their help, thank you Indian Army 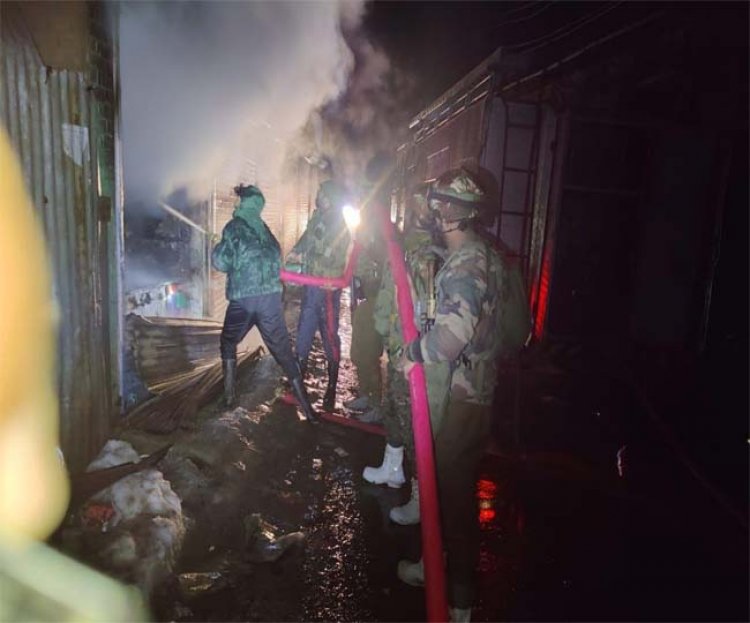 The people of Kashmir, who consider terrorists as their friends and army as their enemies, have started to understand the fact that the army in Kashmir is for their security and help and not to disturb them. Time of natural disaster or health related problems in Kashmir. We have been helped by separatist leaders, terrorist organizations but also by the army. Whatever be the circumstances, the army has helped the people of Kashmir whenever needed. On asking for help in times of need, no military officer or jawan ever asked why we should help you, you are also one of those who used to throw stones at us. Thank you Indian Army for all this.

These words originated from the heart belong to Rahman Masood living in Dangiwachala area of ​​District Baramulla. He said that a mobile shop located in the area suddenly caught fire last night. Seeing the flames, the local people informed the fire brigade department. The soldiers posted in the military camp near the area also saw flames and smoke coming out. Just then did an army team with water tanker reach the area for rescue work. Army personnel joined the relief program as soon as they reached the spot.

The fire was brought under control in no time. This quick action by military personnel stopped the fire from spreading in the area. However, in the meantime, the squad of fire brigade department also reached there but the fire was controlled even before they reached.

The locals repeatedly thanked the military personnel involved in the rescue work. He said that timely help from him saved big losses in the area.

At the same time, the soldiers said this to the local people that the army is always with them in their misery. He is always there to help them. Local resident Ghulam Mohammad said that this action of the army has won the hearts of the local people. People of Kashmir have lost their loved ones by following the path of terrorism.

The separatist leaders, members of terrorist organizations have always misled the people of Kashmir in the name of perceived independence. On seeing the soldiers of the army, they were asked to throw stones. We did, but in return, the army always helped us in times of floods, during times of snowfall, arson incidents.

At the same time, retired Army Brigadier Anil Gupta says that the army is skilled in disaster management. In such a situation, in case of any disaster, the army comes to help people without losing time. This is the reason that the army acted on its level before reaching the spot of fire brigade and saved it from much damage.