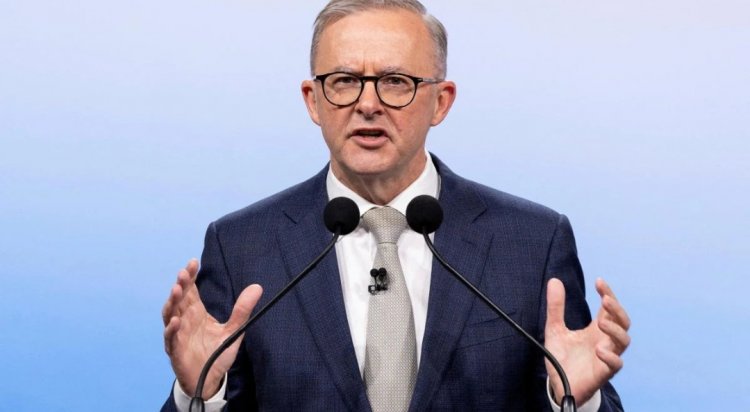 Australian Prime Minister Anthony Albanese has been infected with Corona. He gave this information on Monday.

He tweeted on social media that he would keep himself apart from everyone and follow all the rules of Corona. He further wrote that he will continue to work from home.

This afternoon I had a routine PCR test which has returned a positive result for COVID-19.

I will be isolating and will continue to work from home.

I encourage anyone who is unwell to test and to take any extra precautions to keep their families and neighbours well. — Anthony Albanese (@AlboMP) December 5, 2022

The Australian Prime Minister tweeted that I had a routine PCR test this afternoon which has resulted positive for COVID-19. I am self-isolating and will continue to work from home.

The WHO estimates that at least 90 percent of the world's population now has some level of immunity to SARS-CoV-2, due to prior infection or vaccination.

Last week, WHO Director-General Tedros Ghebreyesus said the number of weekly deaths reported to WHO had declined slightly over the past five weeks, but more than 8,500 people lost their lives last week. According to the WHO chief, the world is very close to ending the emergency phase of the pandemic – but we are not there yet.

The time lag in surveillance, testing, sequencing and vaccination is creating a new issue of concern, which could lead to mortality, he said. Tedros urged all countries to adopt a risk-based approach that protects both public health and human rights.

Monday Motivation Quotes: Read these 10 quotes to get motivated and have a happy...

Ukraine War: People made a 'master plan' to save Ukrainian children from the Rus...

Minorities in Xinjiang: America along with allies will ...

Firing In Iran: Security chief killed in Firing at Azer...