Chhattisgarh: These transgender women became part of the police force for the first time 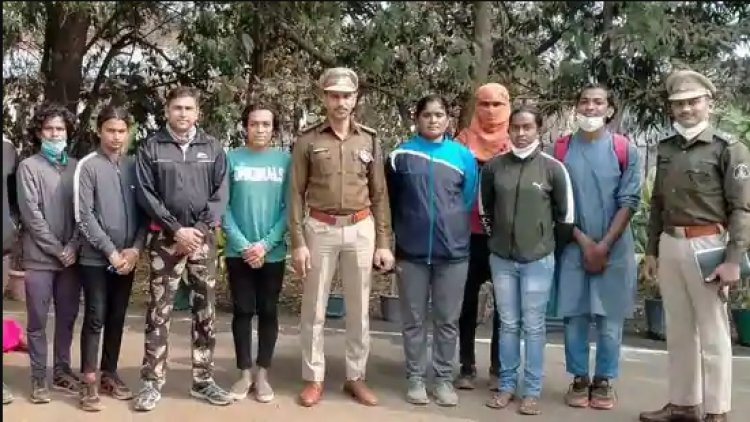 22-year-old Saburi Yadav of Korba in Chhattisgarh is very happy. She says, "People tease, tease, insult at any time but the atmosphere changes as soon as a policeman passes by. I thought that only the police uniform could relieve me from this humiliation." Now that the time has come." Saburi Yadav is among the group of nine transgenders and has recently passed the Chhattisgarh Police Constable Recruitment Examination.

According to Raipur's Senior Superintendent of Police Ajay Yadav, the contestants who have been declared successful this year after written and physical examination include 317 men and 71 women, besides nine transgenders.

Apart from this, there is news of the selection of about half a dozen transgender class candidates in different police ranges of the state.In 2017, posts were advertised for recruitment in the police force in the state, in which for the first time, the transgender community was also given an opportunity. The results of this examination were declared on Monday.

In 2017, posts were advertised for recruitment in the police force in the state, in which for the first time, the transgender community was also given an opportunity. The results of this examination were declared on Monday.

In the body of a man, a woman
Saburi Yadav says that she loved being like girls since her teens. He repeatedly felt that his body is of a good man, but a woman lives within him. But it was not accepted at home as the only brother of four sisters.

Saburi says, "Due to extreme poverty no one has studied at home except a sister. Whenever I used to treat girls, I was reprimanded. I don't know why I felt that if I read and become self-sufficient If I go, maybe it will be easy to openly accept what I am. "

Some such happiness is also reflected in the conversation of 32-year-old transgender Neha of Malkharoda in Janjgir-Champa district. Ashok Kumar Banjare, who belonged to the Scheduled Tribes, used to work as a laborer for the nefarious Neha.

Neha says, "When I started walking and the younger brother was in the lap, at the same time, leaving my grandmother, my parents went out somewhere to earn. When the father returned, I came to know that due to diarrhea my The mother died. I don't even remember the mother's face. "

Neha says that she got acquainted with other people of the transgender community during her ninth-tenth studies and also chose her guru in Raigad.Neha says, "I used to go door-to-door with other eunuchs to seek greetings. That was my source of income. But it seemed that enough was done, now some respectable work should be done."

The courage to prove oneself

Suresha Choubey says, "The passion to prove himself was among the contestants of the transgender community. It is astonishing. Other contestants would get busy on the phone as soon as they got leisure, while most transgenders were on the field the whole time." He was sweating. His selection is actually the result of his hard work and perseverance. "

Vidya Rajput, a member of the state government's Chhattisgarh Third Gender Welfare Committee, has been working for the transgender community for the past several years. Vidya, the chairperson of the Mitwa Committee, considers police recruitment to be the biggest achievement for her community so far.

They say that third gender persons have been ostracized from family and society due to the stigma in the society. He has also been completely deprived of being a participant in social, economic, political and cultural life.