'Need to build a Delhi in Bengaluru too, besiege' - Rakesh Tikait's call to farmers in Karnataka

Speaking at a rally in Shivamogga in Karnataka, Tikait said that a well-crafted strategy has been devised to take away the land of the farmers of the state and here too they need to perform like Delhi. 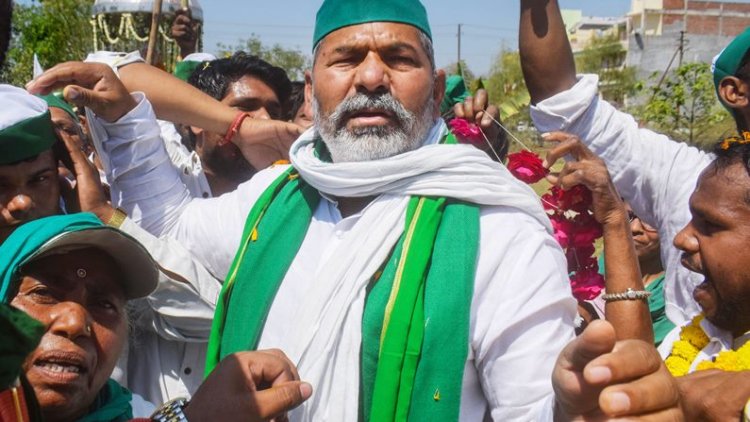 Farmer leaders are trying to reach this movement in many states of the country among the farmers' protest in Delhi running on different borders of Delhi. Indian Farmers Union leader Rakesh Tikait reached Karnataka on Saturday. Here he appealed to the farmers that they should also perform like Delhi in the state. He said that Bengaluru needs to become 'Delhi' and should surround the city.

At a rally in Shivamogga, Karnataka, Tikait attacked the agricultural reform laws of the Center and said that a well-crafted strategy has been made to take away the land of the farmers of the state. The farmer leader said that 'lakhs of people are besieging in Delhi. This fight will last long. We need to make such a movement in every city of the country, so that these three black laws are withdrawn and laws are not brought at the minimum support price. You need to run a movement in Karnataka. A strategy has been made to take away your land. Now big companies will do farming. Labor laws have been changed to provide cheap labor.

He said, 'You need to build a Delhi in Bengaluru. There is a need to surround Bengaluru and people will come to join you. The Prime Minister said that farmers can sell their crops anywhere, so you take your crop to the District Collector, Sub-Divisional Magistrate. If the police stops, ask them to buy your crop at MSP.

He also asked the farmers to oppose the government's decision to privatize the public sector companies. He said that 'if this demonstration does not happen, the country will be sold and in the next 20 years your land will be out of hand. You have to demonstrate against these companies. There are preparations to sell to about 26 public companies. We have to take an oath to stop it. Will have to protest.

Since November, thousands of farmers have been nearing the borders of Delhi with the new agricultural laws of the Center - 'Farmer Produce Trade and Commerce (Promotion and Simplification) Bill, 2020', 'Agriculture (Empowerment and Protection) Price Assurance and Agricultural Service The Agreement Bill, 2020 'and the' Essential Commodities Amendment Bill, 2020 '- are opposing. There were several rounds of talks between the government and farmer representatives, which was without any result.