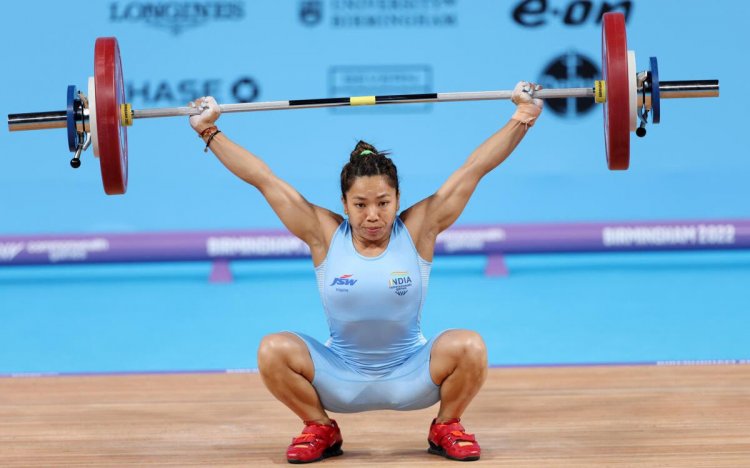 Mirabai Chanu has lifted the weight in 49 kg to win a gold medal at the Commonwealth Games. Chanu had made a hefty 12-kg hike after the snatch round.Chanu looked full of confidence from the beginning this time. He lifted a total of 201 kg. In the snatch, he lifted 88 kg. While lifted 113 kg weight in clean and jerk. He has set a record in this category.In his first attempt, he lifted 84 kg. In the second attempt, he lifted 88 kg of weight and equalled the personal best.She had been in the gold medal position from the beginning. This is also the games record of snatch in this category. In the third attempt, he tried to lift 90 kg but could not succeed. Mirabai is a silver medalist of the Tokyo Olympics. Here in the 49 kg weight category, gold was expected from him here.

The exceptional @mirabai_chanu makes India proud once again! Every Indian is delighted that she’s won a Gold and set a new Commonwealth record at the Birmingham Games. Her success inspires several Indians, especially budding athletes. pic.twitter.com/e1vtmKnD65

PM Narendra Modi tweeted, 'Extraordinary. Mirabai Chanu made India proud once again! Every Indian is happy that he won a gold medal at the Birmingham Games and set a new Commonwealth record. His success inspires many Indians, especially new athletes.

Delhi University hikes admission fee in UG course, will be applicable from next...