Covid-19 Beta Variant: French travelers will not be able to travel to England for the time being, 'worry about beta variant infection'

The British government was concerned about the presence of the beta variant in France. For this reason France has been kept out of the list. At the same time, it is believed that the vaccine is less effective on the beta variant. According to France, cases of infection are coming from the foreign island of La Reunion. 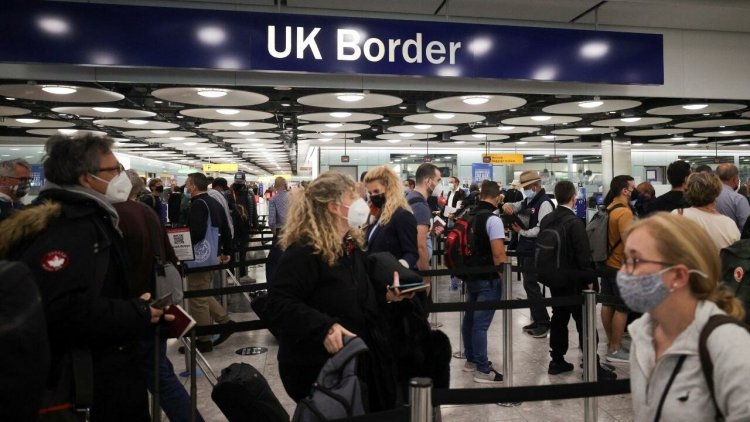 France has lodged a protest against the travel restrictions imposed by the British government. France said in a statement on Thursday that it did not understand Britain's decision, which said that fully vaccinated EU citizens can come to England without quarantine restrictions, but it has been banned. has gone.

In fact, according to an announcement made by the British government on Wednesday, from next week travelers who have received vaccines approved by the US Food and Drug Administration or European Medicines Agency. They will be able to travel from any country to England, which is on the Orange List of the British Government, without a 10-day quarantine. But France is not included in this list. European Affairs Minister Clement Beaune in France said during an interview that the decision is discriminatory towards France and it has no meaning in the context of health policy.

It is being told that the British government was worried due to the frequent presence of beta coronavirus variants in France. For this reason France has been kept out of the list. Also, it is believed that the vaccine is less effective on the beta variant. In this case, French officials say that most of the infection cases in the country are coming from the exotic island of La Reunion in the Indian Ocean. At the same time, Britain has said to review the condition of passengers coming from France at the end of next week.

Over one lakh deaths due to infection

Significantly, on Wednesday, 28 thousand new cases of infection were registered in France during the last 24 hours. At the same time, 40 deaths have been confirmed due to infection. According to health officials, one lakh eleven thousand seven hundred and sixty-eight deaths have occurred so far due to Covid-19 infection in France.

Covid-19 Outbreak: Despite the lockdown in Sydney, cases of Covid-19 infection are...