Hundreds of policemen corona infected in Pakistan, but Imran is not crawling on his ears, government not ready for vaccination

In Khyber Pakhtunkhwa, a large number of health care workers first came under the grip of Corona and now law enforcement agencies have also been forced to get two to four from this virus. 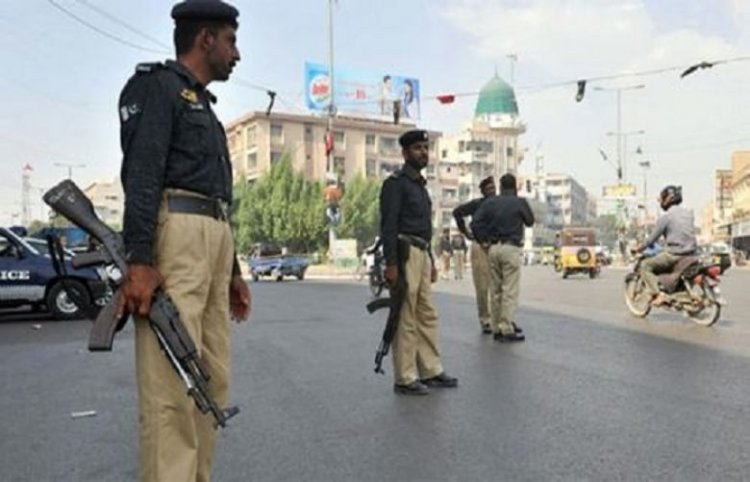 The third wave of Coronavirus in Pakistan continues, every day a large number of people are getting corona infected. Policemen of Pakistan (Pakistanmen) are also coming in the grip of this dangerous virus. But Imran Khan's government is not paying any attention to this. Because of this, there is a lot of resentment among the policemen about the government. Imran's party 'Pakistan Tehreek-e-Insaf' (PTI) has a government in Khyber Pakhtunkhwa, where hundreds of policemen have been infected by Corona. The same situation exists in other provinces of the country as well.

In Khyber Pakhtunkhwa, a large number of health care workers first came under the grip of Corona and now law enforcement agencies have also been forced to get two to four from this virus. Hundreds of policemen have been affected by this contagious disease in the province. Even after this, the force has not been fully vaccinated. It is the result of the failures of Imran's party that more than 1500 policemen have been corona infected in the province, while 44 policemen have died so far. 151 policemen were infected in Peshawar, while 13 died. At the same time, 434 policemen fell prey to the virus in Hazara division and 10 died.

Health Secretary Syed Imtiaz Shah said that policemen aged 40 and above are being vaccinated like other citizens. He said that the Health Department has very few resources, so it is not possible to vaccinate the entire police force separately. The province's Inspector General of Police Sanaullah Abbasi said that the government has been urged to give priority to the police force to apply the vaccine. He said that like health care workers, policemen are also standing on the frontline and fighting the virus. Abbasi has also demanded a relief package to the families of policemen who died from Corona.

Please tell that Pakistan has implemented a partial lockdown of eight days before the festival of Eid al-Fitr. The third wave of Corona in the country has become uncontrollable. According to the order of the Imran government, non-essential business and tourism sites will be closed from May 8-16 in the country, along with it traveling in any part will be banned. In the neighboring country, more than one lakh 40 thousand cases of infection have been found in the month of April and 3 thousand people have died.