Despite concerns from medical experts and the public over the potential risks of holding the Olympics, Prime Minister Suga has said he is determined to hold the Olympic Games safely starting July 23. 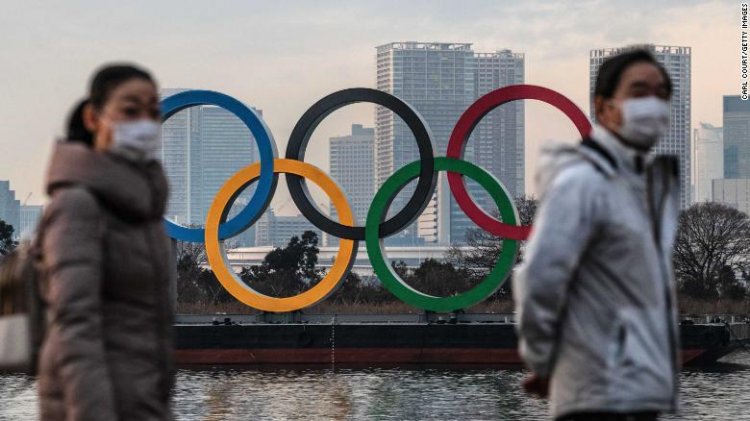 After a month, Japan has started final preparations for the Olympic Games to be held in the country. Under this, Japan will announce to ease the state of corona virus emergency from six other regions, including Tokyo, by the end of the week. The good thing for Japal is that the daily cases of corona infection are decreasing daily.

Japan has been struggling to slow down the new wave of coronavirus infections since late March. New daily cases in the country at one point crossed 7,000. Hospitals in Tokyo, Osaka and other metropolitan areas had an increasing number of seriously ill patients. The daily cases have come down significantly since then. In view of the decrease in new cases, it is expected that Prime Minister Yoshihide Suga may give some relaxation in the emergency that ends on Sunday.

Despite concerns from medical experts and the public over the potential risks of holding the Olympics, Prime Minister Suga has said he is determined to hold the "safe" Olympic Games starting July 23. However, experts at a virus panel meeting on Thursday gave preliminary approval to government plans to ease the emergency in Tokyo, Iichi, Hokkaido, Osaka, Kyoto, Hyogo and Fukuoka.

Despite the decline in cases of corona infection and holding the Olympics before the elections, it could also prove to be a political gamble for Suga. Dr. Shigeru Omi, head of the government's COVID-19 panel, said, 'We should do everything we can and provide financial support as well. At the same time, Omi has warned the government that holding the Olympics in the middle of the epidemic is unusual that it will increase the risk of infection.

'China cannot stop the world leader from going to Taiwa...

US Taiwan Ties: Taiwan will give a befitting reply to C...