Lockdown in the UK until March, school closed until mid February; First case of new strain in New York.

Lockdown in the UK , First case 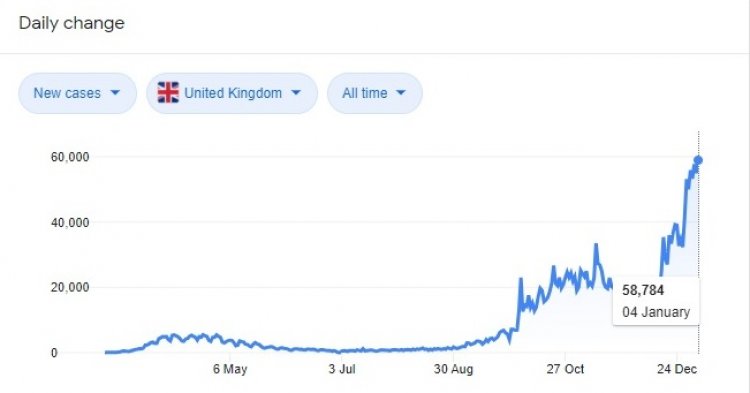 Vaccination has begun in Britain, but Corona is not taking the name of the havoc. In view of this, the Boris Johnson government has given instructions for strict lockdown across the country by March. The lockdown will last for 7 weeks. It is being told that the UK government is trying to prevent the death toll from Corona from reaching one lakh. So far, more than 75 thousand lives have been lost due to the epidemic. The sanctions are not expected to get relief until 22 February.

At the same time, the government has also announced to keep the schools closed till the middle of February. He appealed to people to stay at home. Do exercise only once a day. Non-essential shops have also been ordered to be closed from the night of 4 January. Meanwhile, the first case of a new strain occurred on January 4 in New York. Governor Andrew Cuomo has confirmed this. Earlier, cases of new strains were reported in Colorado and California.

More than 86 million cases in the world
So far, 8 crore 61 lakh 2 thousand 71 cases have been received from Corona in the world. There have been 18 lakh 60 thousand 427 deaths. The good thing is that 6 crore 10 lakh 54 thousand 379 people have also been cured.