Ali Abbas Zafar surprised everyone by marrying in private ceremonies yesterday. Today he has shown his first glimpse of the wife. 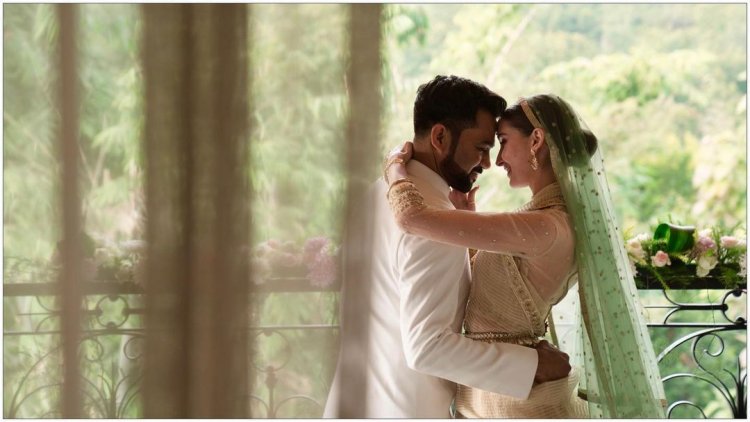 Ali Abbas Zafar, director of best films like 'Sultan' and 'Tiger Zinda Hai', has posted the first picture on social media with his wife Alisia after his marriage. Let me tell you that yesterday Ali Abbas Zafar surprised everyone by marrying in a very private ceremony. Even yesterday nobody knew the name of his wife.

Posting a picture of the wedding Zafar wrote - 1400 years ago Imam Ali said to Fatimah Al- Zahra’s, all my worries and sadness disappears when I look at your face , I feel the same Alicia Zafar ❤️❤️❤️ . Mine for life.

Yesterday, Zafar posted a post on social media after Nikah in a private ceremony in which he and his wife are seen holding each other's hands. However, the media was not even aware of his wife's name then. Nor did the media know whom he was married to.

But today Zafar has told everyone about his wife. After this, Zafar is getting congratulations. Actress Katrina Kaif has congratulated Zafar by commenting on a post. At the same time, Ranbir Singh has written - Congratulations brother. Actor Arjun Kapoor has made a heart emoji - wish.

Zafar is a well-known name in the film industry. He has given two superhit films with Salman Khan. Sultan and Tiger Zinda Hai were highly appreciated. Zafar's first film, which has directed six films so far, was 'Mere Brother Ki Dulhan' starring Imran Khan and Katrina Kaif.

Zakir-ur-Rehman Lakhvi, mastermind of 26/11 Mumbai attack, arrested on charges of...