Neeraj Chopra told the pain of winning the gold medal, said – when I woke up in the morning, the whole body was hurting 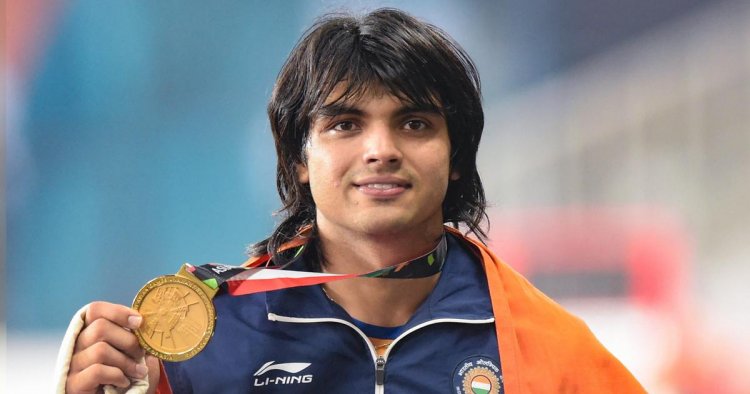 Olympic gold medalist Neeraj Chopra on Monday revealed that his body was aching after his history-making performance at the Tokyo Olympics 2020 but it was no problem to bear the pain given the historic result he achieved. . The government honored seven medal-winning players and teams from India at the Tokyo Games on the evening of 9 August on their arrival at home. Chopra, who won the Olympic javelin throw gold on the occasion, said he knew he had done something special by throwing the javelin to a distance of 87.48 meters in the second attempt in the final. Chopra won the gold medal with this distance.

Chopra said, 'I knew I had done something special, in fact I thought I did my personal best. My throw went very well. But it didn't happen. The next day my body felt that performance was so special, the body was hurting but it was no problem to bear the pain. This medal is for the whole country. Since winning it, he has neither been able to sleep properly nor eat. But whenever we look at the medal, everything seems right. During the award ceremony, Neeraj also showed his medal to everyone. He said that this medal belongs to the whole country.

Chopra said - don't be afraid of anyone

The 23-year-old army player said that his only message to the players of the country is never to be afraid. He said, 'I just want to say, whoever the opponent is, give your best. That's all you need to do and that's what this gold medal means. Never be afraid of the opponent.' He said that there were many big players in the match but had faith in himself. This led to success. Neeraj Chopra became the first Indian in 13 years to win a gold medal in the Olympics, besides the first Indian to win gold in track and field.

Amazon will end partnership with its largest Indian seller Cloudtail, know the reason

What is the function of Vitamin-C in the body, how to recognize that your body is...