Now there will be a tremendous competition in China-Russia, both countries will rain gunpowder

A military drill named 'Vostok 2022' is going to happen in Russia later this month. In this military exercise, Russia and China have prepared a plan to send their best tanks. 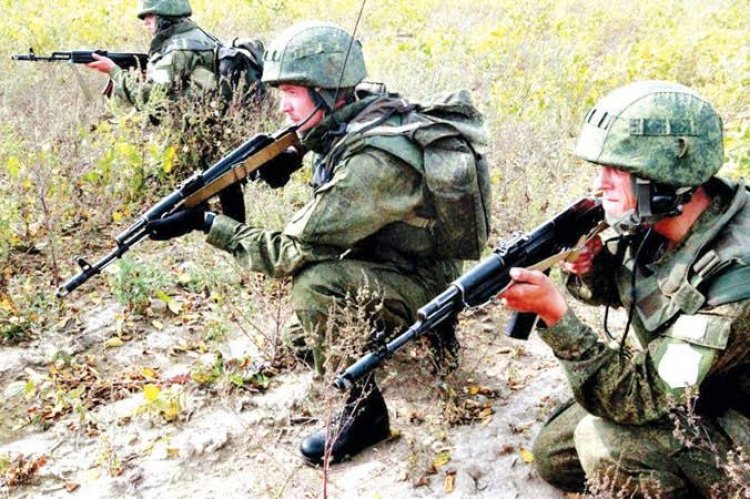 Now the biggest confrontation between China and Russia has started between the war in Ukraine and the tension with Taiwan.  The fight between the destroyer tanks of China and the explosive tanks of Russia has been fixed.  These two countries, which are causing unrest in the world, have now come to such a stage, where the tanks of both the countries will be seen raining gunpowder on each other.  Actually, at the end of this month, a military drill named 'Vostok 2022' is going to be held in Russia.  In this military exercise, Russia and China have prepared a plan to send their best tanks.

It is being told that China's Type-96B tank will be involved in this exercise.  Whereas Russia's T-72B3 will show its strength.  Now the question arises, whose tank is more reliable?  Talking about the power of China's Type-96B tank, it has transmission gear and advanced fire control system.  It has a powerful 730 horsepower engine.  The operation range of this tank is said to be 400 km.  The speed of this 40 ton tank is 65 km in 1 hour.  America has described it as a 'lion of paper'.  However, in the year 2017 in a military exercise, it has lost to Indian Bhishma.

China has thousand such tanks

It is a different matter that China calls it the backbone of its Red Army and at present it has thousands of such tanks.  Now if we talk about Russia's T-72B3 tank, which is going to compete with China's Type-96B tank.  The specialty of this Russian tank is that it is fitted with a 125 mm gun.  It is also equipped with a 7.62 mm machine gun.  This is a Guided Weapon System for the Trank Gunner and Commander.  At the same time, a laser guided missile of 5 thousand meters is capable of firing.  It also attacks the enemy with a digital ballistic computer system.

Apart from this, this tank is equipped with automatic fire control system.  Due to the weather source, it can work even in bad weather and can run at a speed of 70 kilometers per hour.  The 46 ton tank has a range of 500 km.  Rockets and grenades also do not have this effect.  Not only this, this Russian tank is better than China in many ways.  Because it can blow enemy rags even in water.  In such a situation, now it remains to be seen who wins between China or Russia in the collision of tanks.

It is not easy to go to America, waiting for one and a half year for visa

Shipment departs from Ukraine with 26 thousand tons of...