Prime Minister Boris Johnson has come under attack from critics for holding a party at his official residence 10 Downing Street during the UK lockdown. Now there is a demand for his resignation for violating the rules of lockdown to prevent corona infection. 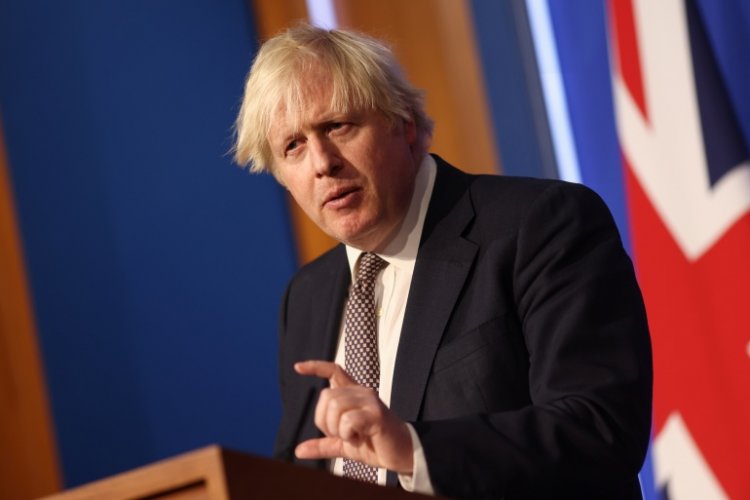 Prime Minister Boris Johnson has come under attack from critics for holding a party at his official residence 10 Downing Street during the UK lockdown. Now there is a demand for his resignation for violating the rules of lockdown to prevent corona infection. According to The Dailygraph newspaper, the party took place on October 17, 2021, in which about 30 people involved drank and danced to the tune of music.

At the time the party took place, there was a ban across the UK from organizing overcrowded events indoors or on any premises. The talk of this party is also excited because it was organized the night before the funeral of the Duke of Edinburgh Prince Philip. This was the time when the whole kingdom was in mourning and the royal family of Britain was also following the rules of lockdown. Even Queen Elizabeth II, following the rule of physical distance, sat alone on the occasion of her husband's funeral. In such an atmosphere of mourning, having a party in the house, Johnson is also grappling with questions of morality.

Another party also took place during the lockdown at the Prime Minister's residence. After the matter erupted, James Slack, the former prime minister's liaison director, has publicly apologized, taking responsibility for organizing the party. Slack is now the deputy editor-in-chief of The Sun newspaper. However, Prime Minister Johnson did not attend both the parties. He was spending time at the country estate Checkers in Buckinghamshire during that time. Some people are also raising questions on his going there. Government ministers are also insisting on getting the highest official Sue Grey to investigate the matter. In the midst of all this, questions are also being raised about the ruling Conservative Party and Johnson's leadership in the government. Several party MPs are also demanding Johnson's resignation over the issue.

With calls for Prime Minister Johnson's resignation gaining momentum in Britain, the possibility of Indian-origin Finance Minister Rishi Sunak replacing him is also getting stronger. The way Sunak has protected Britain's interests after separation from the European Union and during the Corona transition period, has increased his stature in the government and the Conservative Party. He is also a confidant of Johnson and is a political figure with a non-controversial image. It is known that Sunak is the son-in-law of Narayan Murthy, the founder of India's giant IT company Infosys. By the way, Home Minister Priti Patel and Cabinet Minister Alok Sharma are also included as influential ministers in the Johnson government.

Health system collapsed in America due to Omicron infection, more than 1.5 lakh...

Really are UFO! Barack Obama made a big disclosure, said...

US bombers aircraft flown in Middle-East in anticipation...