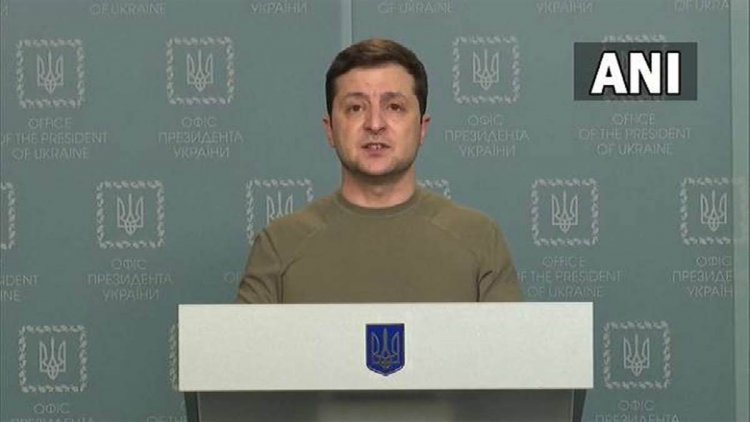 The war between Russia and Ukraine has been going on continuously for the last 100 days. In such a situation, Ukraine has suffered a large number of basic losses. At the same time, Russia is also facing many sanctions from the world community regarding military action in the neighboring country. Ukrainian President Volodymyr Zelensky said in a statement on Thursday that Russia controls about a fifth of his country.

Zelensky said during an address to lawmakers in Luxembourg that today about 20 percent of our territory is under the control of the occupiers (Russia). Let us tell you that the Russian army is tightening its hold on the eastern Donbass region and is moving rapidly towards Kramatorsk, the de facto administrative center of Ukraine. However, Russian forces have retreated from the capital and areas of the northeast to focus their offensive on the Eastern Industrial Zone.

Zelensky said that in 2014, Kremlin-backed separatists and Russian forces controlled 43,000 square kilometers (16,600 sq mi). But Russia has captured an area of ​​about 125,000 square kilometers in three months, invading Ukraine. The area is larger than that of the Netherlands, Belgium and Luxembourg. Zelensky said that 1.2 million Ukrainians have been displaced by the war and more than 5 million people have gone abroad.

Ukraine is getting advanced weapons

Let us tell you that in the midst of the Russia-Ukraine conflict, America and Germany have resolved to equip Ukraine with some advanced weapons. These weapons have the ability to shoot down aircraft and destroy artillery. Germany said on Wednesday it would supply Ukraine with up-to-date anti-aircraft missile and radar systems, while the US announced it was going to provide four sophisticated, medium-range rocket systems and ammunition.

Activists Accuse Google: Google has denied the allegation of casteism in the office,...

Nahar state of the art medical and diagnostic center, mumbai Is the first medical...

Biden said - America will call all troops from Afghanistan...

Facebook said this about former US President Donald Trump

US: One killed and five injured in Texas firing, suspect...