Afghanistan News According to Tolo News, President of Afghanistan Ashraf Ghani has left the country. Sources have also said that Ali Ahmed Jalali will be appointed as the head of the new interim government. 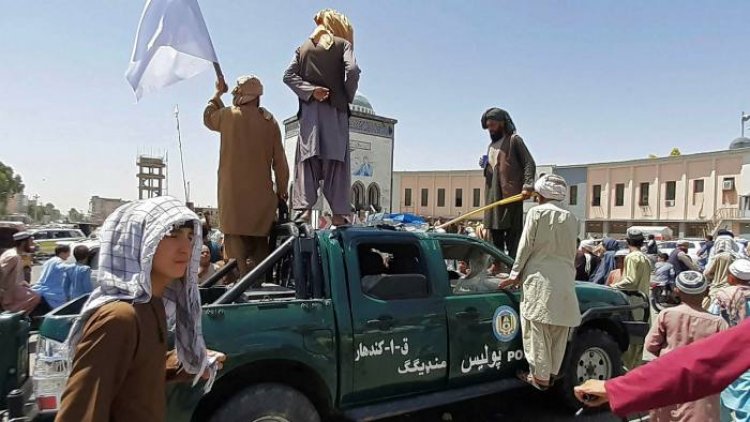 The Taliban have again captured Afghanistan. Taliban militants had laid siege to Kabul since morning. Later, when he entered Kabul, the Afghan army surrendered. After this talks were held between the representatives of the government and the Taliban and President Ashraf Ghani left the country. Ghani is reported to have traveled to Tajikistan, although this has not been officially confirmed yet. Along with Ghani, many other top leaders including the Vice President are reported to have left the country. People are also leaving the country in large numbers, frightened by the brutal regime and uncertainty of the Taliban.

Meanwhile, Taliban spokesman Zabihullah Mujahid said that its fighters have been asked to stop looting in Kabul as the police have left the post. The Taliban have called the transfer of power peaceful. But a hospital in Kabul said on Twitter that more than 40 people were injured in the clashes in the capital's outer Karabagh area.

Along with Ghani, news of many top leaders also leaving the country

President Ghani addressed the nation on Sunday for the first time since the Taliban offensive began. The paramilitary forces he spoke to a few days ago either surrendered to the Taliban or fled, leaving Ghani with no military support.

Afghan army could not cope

The Afghan army could not stand before the Taliban attack. The Taliban have driven out Afghan security forces despite air support from the US military. This has taken many by surprise and they have questioned how the condition of the security forces has deteriorated despite US training and spending billions of dollars. A few days ago, the US military had predicted that the capital would be captured by the Taliban in less than a month.

The Taliban have tried to pacify the people. The Taliban said their fighters would not enter people's homes or interfere with business. He said he also offered "pardons" to those who worked with the Afghan government or foreign forces. Despite these assurances, panicked people are preparing to leave the country through Kabul airport. With the Taliban occupying every border post, this is the only way out of the country. In the parts of Afghanistan that the Taliban have occupied, all rights of women have been taken away. Taliban terrorists are forcibly picking up women and girls and marrying them.

America removed its diplomats from helicopter

A Boeing CH-47 Chinook helicopter landed near the embassy just hours after the Taliban took over Jalalabad near Kabul. Armored SUV vehicles of diplomats were seen passing near the US embassy, ​​along with the continuous movement of aircraft. However, the US government has not given any immediate information about this yet. Smoke was seen rising near the embassy's roof, which, according to two US military officials, was due to the burning of sensitive documents by diplomats. The US decided a few days ago to send thousands of troops to help evacuate employees from its embassy.

Jalali may be the head of the interim government

Former Afghanistan Interior Minister Ali Ahmed Jalali is likely to head the interim government. Ahmed Jalali was born in Kabul, but did his education in America. He was a US citizen since 1987 and lived in Maryland. He was the Interior Minister of Afghanistan from 2003 to 2005. He is also a professor at a university in the US. In addition, Jalali has also served as a former Afghan ambassador to Germany. Not only this, Jalali has also been a former colonel in the army and was a top adviser at the Afghan Resistance Headquarters in Peshawar during the Soviet invasion. How the Taliban was born The rise of the Taliban in Afghanistan was due to the influence of America.

Around 1980, when the Soviet Union launched troops in Afghanistan, it was the US who instigated the local Mujahideen to fight by providing them with weapons and training. After the withdrawal of the Soviet army, these organizations, divided into different ethnic groups, started fighting among themselves. During this, in 1994, an armed group emerged from among them and by 1996 it occupied most of the territory of Afghanistan. Since then he has implemented Sharia or Islamic law throughout the country. Thus the Taliban was born. This includes fighters from different ethnic groups, with the majority being Pashtuns.

Along with the Indian Army, these vehicles face the enemies firmly, besides being...

Withdrawal of US troops from Afghanistan may increase PAK's...