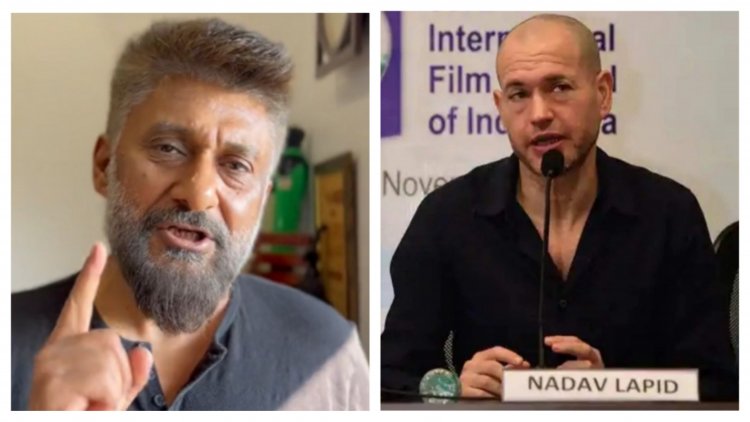 Regarding The Kashmir Files, Vivek Agnihotri shared a video of 2 minutes 28 seconds saying, "Yesterday, the head of the jury at IFFI Goa called The Kashmir Files propaganda and vulgar This is not a new thing for me because all the terrorist organization, urban Naxals and people who want to break India into pieces have always been saying such things.

Vivek further said, "What is surprising to me is that the Government of India forum organized by the Government of India supported the terrorist narrative of separating Kashmir from India and many Indians living in India expressed concern about that." Used it against India itself. Who are these people after all, These are the same people who were speaking propaganda when I started the Kashmir Files four years back.

Film made on personal interview of 700 people

Sharing the journey of making The Kashmir Files, Vivek further said, "The film was made after personal interviews of 700 people who were the parents, brothers and sisters of 700 people who were publicly hacked, gang-raped, divided into two pieces, all of them talking about propaganda and obscene things? Hindus no longer live there which used to be completely Hindu land.

Challenging about his film, Vivek Agnihotri said, "Today I challenge all the intellectuals and Urban Naxals of the world At the same time, I challenge that if the great  filmmaker who has come from Israel proved that even one shot, one dialogue, one event of The Kashmir Files is not completely true, then I will quite making films.

At the end of the video, Vivek said that he is not one to be afraid. You can issue as many fatwas against him as you want, he is not afraid.

What will be the effect of the explosion in Mauna Loa, the world's largest volca...

Comparison is not a part of my life I'm still 24 - Rishabh Pant confronts Harsha...

Mallika sherawat made a shocking disclosure, said - if ...

Varun Dhawan expressed his desire to work with Alia Bha...