The world standing on the threshold of the third world war, America and NATO warned Russia about the Ukraine conflict

Russian President Putin wants his victory over Ukraine to establish Russia as a superpower in the world. But this task of Putin is not so easy. Ukraine is getting full support from the US and NATO organization from behind. 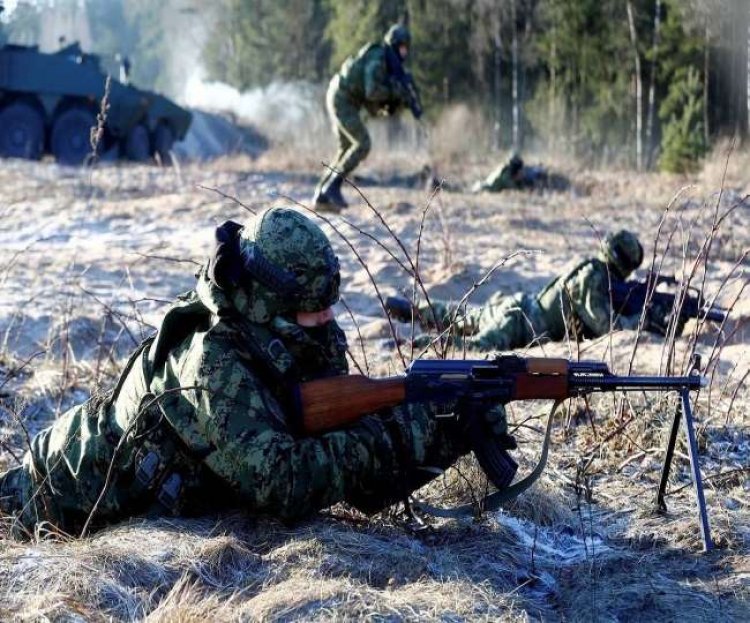 NATO Conference on Ukraine conflict: In the midst of the Russia-Ukraine war, the North Atlantic Treaty Organization (NATO) has deployed war groups in its eastern parts. This move of NATO is being seen as a sign of a third world war. At the NATO summit, the organization's Secretary-General Jens Stoltenberg said that we expect allies to agree to strengthen the position of NATO on land, in the air and at sea. The special thing is that this preparation of NATO countries is taking place at a time when the threat of Russian nuclear attack in Ukraine has arisen. Russian President Putin has put his nuclear contingent on high alert after a hypersonic missile attack on Ukraine. This has also strengthened the fear that Russia may use nuclear power to capture Kyiv, the capital of Ukraine. If Russian President Putin takes this step, then this war can turn into a world war. Now it all depends on the decision of Russia. This meeting of NATO has also caused panic in China. In such a situation, the question arises whether Russia can do nuclear war. Will NATO countries intervene in this war? Why did America threaten China? Let us know what is the opinion of foreign affairs expert Prof. Harsh V Pant in all these issues.

Is Russia preparing a nuclear attack on Ukraine?

What is the meaning of the NATO Mahapanchayat in the midst of the Ukraine conflict?

The special thing is that this NATO meeting is taking place at a time when Russia has issued a warning of nuclear attack in Ukraine. If there was a nuclear attack on Kyiv, this war would not be limited to Russia and Ukraine only. Its scope will become much wider. It is possible that the flames of nuclear war may reach the member countries of NATO. Secondly, after a nuclear attack, many international rules will also be violated. In such a situation, this meeting of NATO is considered very important. The US and NATO countries have jointly planned to control the Russian nuclear attack. It can have two purposes. One will have to guarantee the security of NATO countries from Russian attack and secondly, Ukraine will have to control the situation arising out of the war during the nuclear attack.

Why is America constantly alerting China?

America knows that China can give military help to Russia in this war. Because after the US-China conflict, the friendship between Beijing and Moscow has become very strong. In such a situation, China can come forward in the help of Russian. America knows that if China helps the Russian army in this war, then the scale of this war will become bigger. In such a situation, NATO member countries and America cannot remain silent. Apart from this, his gesture is also about Taiwan. Taking advantage of this opportunity, China can attack Taiwan. That is why the Biden administration has given a strong message that if China does any kind of action, then its result will not be good. The US has issued a warning directly or indirectly about both Taiwan and Ukraine.

What are the implications of Chinese Foreign Minister Wang's visit to Asian countries including India?

Despite the India-China border dispute in eastern Ladakh, the visit of the Chinese Foreign Minister to India is being seen as a big surprise. Its relation can be seen by linking Russia with Ukraine. India's stance has been neutral during the Russia-Ukraine war. India has condemned any kind of war to solve any problem. However, America's pressure has been on the contrary, Russia sees this stand of India in its favor. Russia may be behind the visit of the Chinese Foreign Minister to India. From China's generosity, it can be concluded that there is no military confrontation between the two countries. Relations between the two countries are normal and the border dispute can be resolved through dialogue.

Earthquake in China: After the havoc of Corona in Sichu...