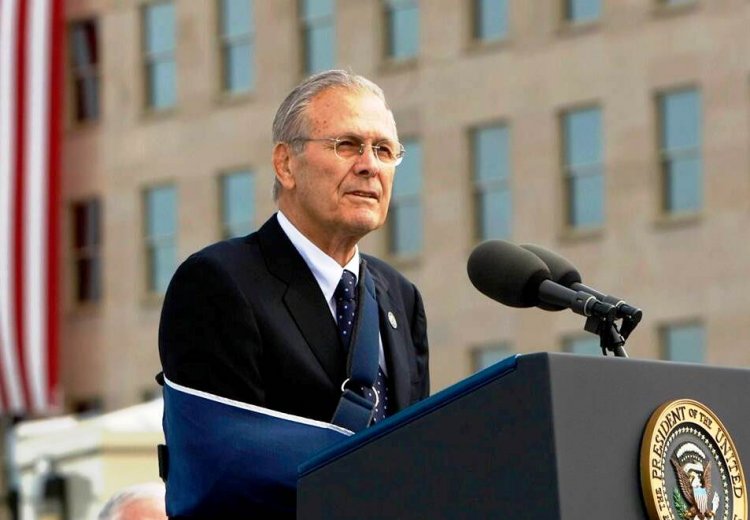 Donald Rumsfeld, a two-time US Defence Secretary, has died at the age of 88. Donald Rumsfeld was known for the Iraq and Afghanistan wars. Rumsfeld passed away on Tuesday among his family members in New Mexico.

Donald Rumsfeld is the only person to become the pentagon chief twice. The first time he visited the Pentagon in 1975, he became the youngest chief. The second time he became defense secretary in 2001, he was the oldest chief. Donald Rumsfeld, who took over the Pentagon under former President George W. Bush, was considered politically shrewd.

In 1988, Donald Rumsfeld participated in the Race for Republican Presidential Candidacy. However, he later lagged behind in the race and thus his dream of becoming president could not be fulfilled.

Former US Defence Secretary Donald Rumsfeld had achieved many achievements in his career, but the most controversial chapter of his legacy is believed to be mistakes in the Iraq War. In fact, in 2002, Rumsfeld's attention was drawn to Iraq. At that time, Rumsfeld and Vice President Dick Cheney claimed that Iraq's ruler Saddam Hussein had concealed the Weapon of Mass Destruction. Saddam's link was also linked to al-Qaida. The US then sent troops to Iraq in March 2003. Saddam's rule ended quickly, but no weapons were found there. Soon the uprising had begun in Iraq and the US army was caught in it.

Attack on US Parliament: jobs of people involved in violence...