The New York Post made a revelation two years ago on the emails of Hunter Biden, son of US President Joe Biden. 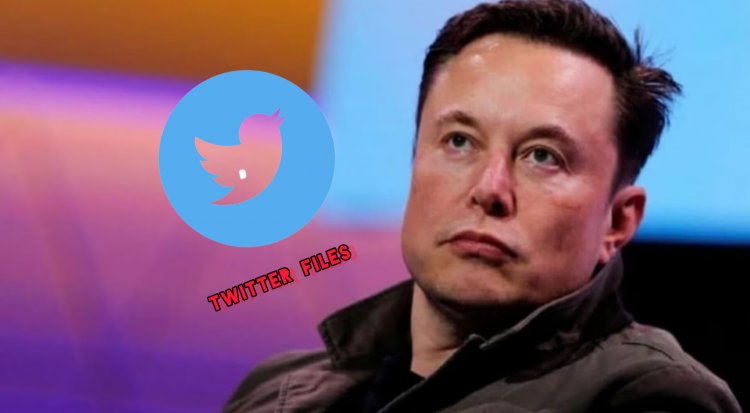 The new boss of the company, Elon Musk, who makes new announcements on Twitter, has now promoted some tweets named 'Twitter Files'. He retweeted a Twitter thread, which revealed how Twitter tried to suppress a news publication's report on US Attorney Hunter Biden (son of US President Joe Biden) in the year 2020.

What is the matter? According to tweets by writer and Twitter user Matt Taibbi, in the year 2020, the company censored the American publication New York Post (NYP) story 'BIDEN SECRET EMAILS' on its platform, taking action on the request of 'Biden Team'.

According to taibbi, Twitter took extraordinary steps to suppress the New York Post's 'Hunter Biden laptop story'. The company removed the link and also posted a warning that it could be unsafe. He wrote in a tweet, "They also stopped its transmission via direct message, a tool used only in serious cases, such as child pornography."

Writer claimed in a tweet that this decision was taken at the highest level of the company, but CEO Jack Dorsey was not aware of it. He said that Vijaya Gadde, former head of Legal, Policy and Trust, played an important role in this.

What was in the New York Post story?In 2020, shortly before the US presidential election, on October 14, the New York Post published an article citing Hunter Biden's emails that Hunter had told his father, then-Vice President Joe Biden, about a Ukrainian energy firm. Was introduced to a top official of

According to nYP, in an email to Hunter Biden dated April 17, 2015, Vadym Pozharskyi, advisor to the board of Burisma Company, wrote, "Dear Hunter, Thank you for inviting me to DC (Washington DC) and giving me the opportunity to meet my father and Thank you for spending some time together. It is truly an honor."

What action did Twitter take on the nYP story? According to reports, Twitter called this report a violation of its 'hacked material' policy, and hence this article was censored. The New York Post reported in its article published on December 2, 2022 after the revelations that Twitter had locked NYP's Twitter account for more than two weeks due to baseless claims using hacked information in the report.

What was Jack Dorsey's stand? Following the Twitter-NYP controversy, then-CEO Jack Dorsey said it was 'unacceptable' for the company to block users from sharing stories without a clear reason.

Dorsey said in a tweet on October 15, "Our communication regarding our action on the NYP story was not good. And blocking URL sharing via Tweet or DM without giving a clear reason: unacceptable." According to reports, Dorsey issued the statement after several Republican leaders made allegations on Twitter.

Ukraine War: People made a 'master plan' to save Ukrainian children from the Rus...

Lockdown and restrictions can be relaxed in Britain fro...

Biden Address on Gun Control: Biden made a big announce...

What is Notice to Air Mission System or NOTAM? in which...