US airstrikes in Afghanistan, many Taliban terrorists killed, artillery targeted

The US Air Force has been conducting airstrikes in several provinces of Afghanistan in the last 52 hours. All this is happening when the Taliban have waged a fierce war between US and NATO forces leaving Afghanistan. 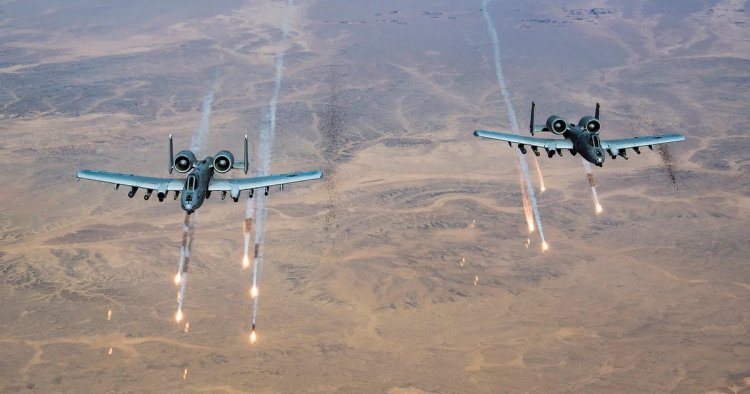 At least five Taliban militants have been killed by the US in airstrikes in different provinces of Afghanistan in the past three days. According to a local journalist, he got this information from various Afghan officials. A series of tweets by Afghan journalist Bilal Sarwari claimed that US military forces carried out airstrikes targeting the Taliban.

Bombing in many provinces

Sarwari tweeted that in the last 52 hours, the US Air Force has been continuously conducting air strikes in several provinces of Afghanistan. A Taliban vehicle has been targeted and destroyed in Helmand's Garmasir district. All this is happening when the Taliban have waged a fierce war with the Afghan defense forces between the US and NATO forces leaving Afghanistan.

According to news agency ANI, Sarwari tweeted that US forces conducted an airstrike in Kandahar, in which five Taliban were killed. Meanwhile, Sarvari also reported that Taliban artillery had been destroyed in a US airstrike in the Sayyid Abad district of Wardak province.

American eyes on Al Qaeda too

In addition, there were two US airstrikes in the Shah Wali Kot district. In this, ten armed light military trucks of the Taliban have been targeted. Last Wednesday, US Defense Secretary Lloyd Austin said that the focus of the US military is to create a counter-terrorism environment in Afghanistan. Apart from the Taliban in Afghanistan, America will also keep an eye on Al Qaeda.

At the same time, according to the report of the news agency IANS, America has accepted that the dominance of Taliban is increasing in Afghanistan. Half of this war-affected country has come under the control of this terrorist organization. A top US general said that 212 of Afghanistan's 419 district centers are now controlled by the Taliban. The Taliban has been growing strategically since the withdrawal of American forces began.

Mark Milley, chairman of the US Joint Chiefs of Staff, told reporters at the Pentagon on Wednesday, "At this time violence in Afghanistan has increased." We are going to review the situation. He expressed confidence that Afghan forces have the ability to free the country from Taliban hold. Mark said, 'The government, people and security forces are going to be tested for the security of Afghanistan.'

Mark said Taliban militants have not yet captured any of Afghanistan's 34 provincial capitals, but they are exerting pressure on nearly half of the capitals. Meanwhile, Afghan security forces are strengthening their positions in major cities, including the national capital, Kabul. The conflict between Afghan forces and the Taliban has escalated since the withdrawal of US forces from the country began.

95 percent of US forces have withdrawn

American forces are now leaving the country after a 20-year-long conflict in Afghanistan. The US Central Command said that more than 95 percent of the forces have been repatriated. President Joe Biden has announced that the US-Afghan mission will end on August 31.

According to news agency ANI, Taliban terrorists are extorting money from people in Balkh province of Afghanistan. They are also forcibly recruiting people in their organization. Local officials said that the terrorists are doing this in areas where they have control.