Chinese President Xi Jinping has given a statement, after which various speculations are being made. During the upcoming Spring Festival holiday, Jinping has asked the Chinese military to be prepared. He said this while he was inspecting the Aviation Division of the People's Liberation Army (PLA) Airforce. 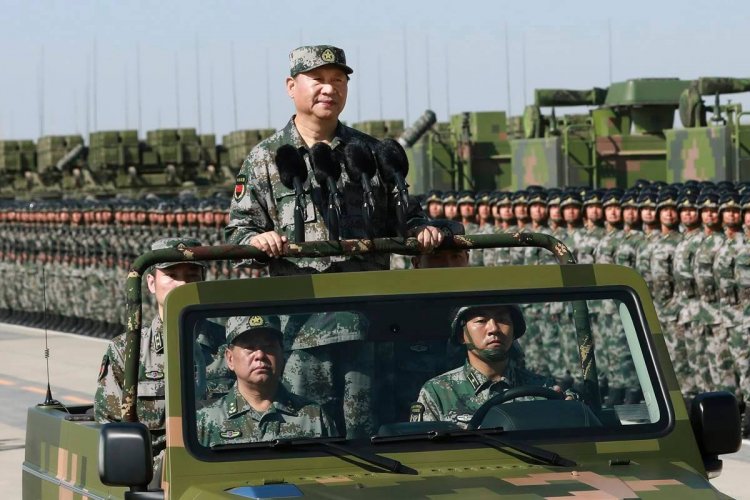 If we look at the history of China, it has been notorious for constantly stabbing the back of its neighbors. Whether it be sudden start of an LAC standoff in East Ladakh or to claim some of Nepal's land as its own. In addition, his war planes also entered Taiwan. The eyes of the dragon remain on the land of other countries due to its expansionist policy. Now recently, Chinese President Xi Jinping has given a statement, after which various speculations are being made. During the upcoming Spring Festival holiday, Jinping has asked the Chinese military to be prepared. He said this while he was inspecting the Aviation Division of the People's Liberation Army (PLA) Airforce.

The Chinese government's propaganda media house Global Times quoted that PLA warplanes continued their practice around the island of Taiwan before the Spring Festival. In addition, Xinjiang Military Command's high-altitude border defense troops have received several new weapons and equipment. Jinping is also the general secretary of the Communist Party of China Central Committee and chairman of the Central Military Commission. He visited the aviation division of PLA Airforce in China's Southwest Guizhou Province before the Spring Festival on Thursday and reviewed the conditions there.

He said that PLA soldiers should increase their combat readiness during the Spring Festival holidays and safeguard national security as well as people's happiness and peace. This year in China, the Spring Festival is taking place on Friday and there is a National Holiday from Thursday to February 17. Chinese military expert Fu Qiansho told the Global Times that it is common practice for the Chinese military to increase its combat readiness in major holidays.

The expert further said, "History has witnessed so many wars that sarted in the holidays or at night, when our soldiers were not so ready." This is why we need to be on high alert, especially when the holidays are over, so that we can stop any potentially dangerous moves. "Experts say that China has had peace for a long time, but Flaming can be done by some other armies. The 'Global Times' states that last year during the Spring Festival on January 25, 2020, the US Navy sent a ship of the USS Montgomery to the Nansha Islands in the South China Sea, followed by PLA troops and air forces.

During his visit to the Aviation Division of the PLA Airforce, Jinping inspected a specially designed aircraft for the Information Warfare. Another military expert told the Global Times that special mission aircraft developed on the basis of Y-8 and Y-9, including reconnaissance aircraft, electronic countermeasures aircraft, and anti-submarine warfare aircraft, allowed the PLA to gain information in future warfare. Experts say such aircraft have been frequenting the Taiwan Straits since the start of the PLA military exercise from September 2020.

US: A 12-year-old girl studying in the sixth class rained...