China-Taliban Collusion China's intervention in South Asia China's dominance over ASEAN countries and weakening India's reach in West Asia is such a hidden poison that the world knows but it is becoming difficult to crush. 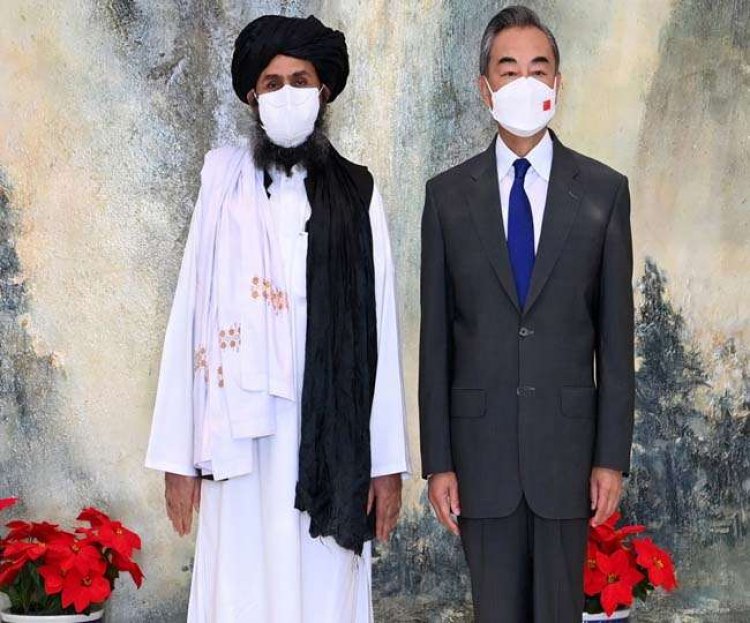 China-Taliban Collusion Last month, a delegation of Taliban went to China and the same delegation was met by the Chinese Foreign Minister in Tianjin, North China. Before this meeting, the Foreign Minister of Pakistan also visited China. Both these meetings are proof of how deadly China is for the world, which boosts the morale of terrorists. By the way, what is the opinion of China about Pakistan's terrorists in the world, it has been exposed many times in the United Nations Security Council and India has also suffered its setback.

Significantly, during the meeting, the Taliban had also assured that it would not allow any harm to China from Afghanistan's land and China has said that it will play an important role in ending the Taliban war, reaching a peaceful agreement and rebuilding Afghanistan. . All these facts prove the fact that China was keen on the power of Taliban in Afghanistan and Pakistan was also two steps ahead in supporting it. Obviously the presence of Taliban in Afghanistan will serve to change the foreign policy of the world anew. China, which is hostile to India's enemy China and America, wants its dominance in the South China Sea. These days the tension between America and China can also be seen there. In the midst of all these circumstances, with the efforts of America for two decades on the one hand, the loss of two and a half thousand soldiers and the result of 61 lakh crore rupees is ciphered and on the other hand, China is considering its great success to restless all the countries of the world including India. .

India currently trades one billion dollars with Afghanistan and has also invested about three billion dollars in the last decade. Recently in Geneva, Indian External Affairs Minister S Jaishankar said that India is working on about 400 projects in Afghanistan. Obviously, in Afghanistan, India was building a road leading to West Asia with a broader objective, but China's provocative policy seems to have shattered all dreams. China's expansionist policy and troubling outlook on the rest of the world or its economic interests may be fueled by the Taliban coming to power, but it cannot be dissuaded from the worry that the Islamic factions will sooner or later become stronger, Due to which his house can also burn down.

It is believed that there may be some trouble for him in Xinjiang. The investigation reveals that Afghanistan has been a battle of the field for foreign powers since time immemorial and efforts have been going on. Now this time China is included in it. Obviously, the new government of Afghanistan will give priority to China and China will also be seen investing in the reconstruction work in the coming few days, then gradually, on the basis of its power, will also make Afghanistan an economic slave as can be seen in Pakistan. China's interference in South Asia, China's dominance over ASEAN countries and China weakening India's reach in West Asia is such a hidden poison that the world knows, but it is becoming difficult to quell the fun. There does not appear to be any reason why this poison will not increase due to the alliance between China and the Taliban. It can be said that this is a critical time when India needs to pursue its diplomatic position and direction with new homework.