This incident took place in May last year, about 16 km from the spot where George Floyd was killed. Got away Hundreds of angry people gathered in front of the Brooklyn Center Police Department building. 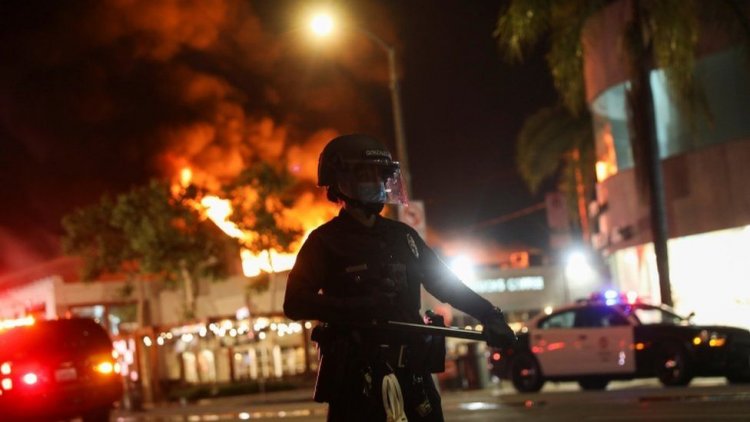 A black man was shot dead by a policeman in Minneapolis, USA, who died on the spot. The youth was accused of violating traffic rules. This incident occurred in May last year, about 16 km from the spot where black George Floyd was killed. Got away Hundreds of angry people gathered in front of the Brooklyn Center Police Department building. Police fired rubber bullets at the protesters. The protesters also damaged several vehicles, pelted stones. A curfew has been imposed in the area.

The dead man has been identified by his family members. His name is Daunte Wright. Police Commissioner John Herrgton here said people had gathered after the incident, which was later dispersed. The protesters looted shops in shopping centers. The curfew has been in place at the Brooklyn Center since Monday morning.

Katy Wright, the mother of the slain Daunte, told the scene that her son had called in the afternoon on Sunday. His voice seemed to be trying to pull him out of the car. A policeman was saying do not run away. After that the call stopped. When he called again, his girlfriend picked up the phone. He said that he lay dead on the driving seat. The police is investigating the case through video recording.

The stock market opened, the Sensex broke over 1300 points, the Nifty fell below...

Woman arrested for accusing Taliban official of rape, will...