Amid the food and others crisis, another blow to Pakistan, the demand for merger of Gilgit Baltistan with India

The voice of rebellion raised in Gilgit Baltistan has become a cause of concern for Pakistan. The protesters are demanding integration (merger) of the region with India. Islamabad would never have imagined that such a demand would arise. 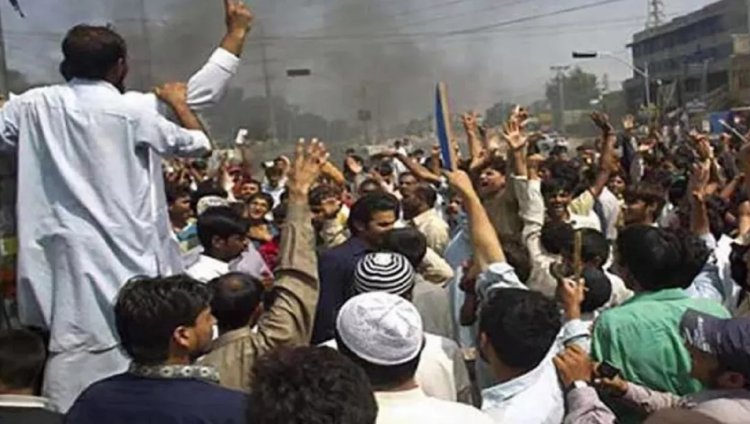 The voice of rebellion raised in Gilgit Baltistan has become a cause of concern for Pakistan. The protesters are demanding integration (merger) of the region with India. Islamabad would never have imagined that such a demand would arise. While the mainstream news media of Pakistan has ignored such demonstrations in Gilgit Baltistan.

According to the news portal Islam Khabar, the protesters have posted several videos on the internet media, in which people can be seen chanting slogans against the Pakistan government and the army. The protesters are demanding integration of their territory with Kargil, which falls in India's Ladakh region. Except Punjab, almost all the provinces of Pakistan have expressed their desire to separate from Pakistan.

Expressed no desire to merge with India

However, none of the provinces expressed their desire to merge with India. But now Gilgit Baltistan has demanded merger with India. According to a report in Islam Khabar, this could prove fatal for Pakistan's narrative on the entire Kashmir dispute. India has not yet officially said anything on this development.

India can set demonstrations as an example

But when Pakistan will try to discuss Kashmir on global forums, then India can keep these demonstrations as an example. India, social activists and the media have been consistently raising the issue of repression by the Pakistani army in the region, unjust exploitation of resources, inflation and unemployment, among others.

China: population reduction is the result of decades of failed family planning m...

All Eyes on the king to avert Malaysia's political cris...

The coronation ceremony of King Charles III will be hel...